To keep yourself up-to-date on my activities, you can follow me on Sketchfab.

In this very short tutorial I want to show you how to get a preview of the transparent materials in Substance Painter's 3D viewport.

With the default Shader, in fact, we can define transparency masks for the surfaces, but these are not displayed on the screen, as in the example I am about to show you.

The tutorial was recorded with the 2019 version of Substance Painter, but the concepts are valid in both previous and later versions.

In the scene visible on the screen there are a couple of loudspeakers. 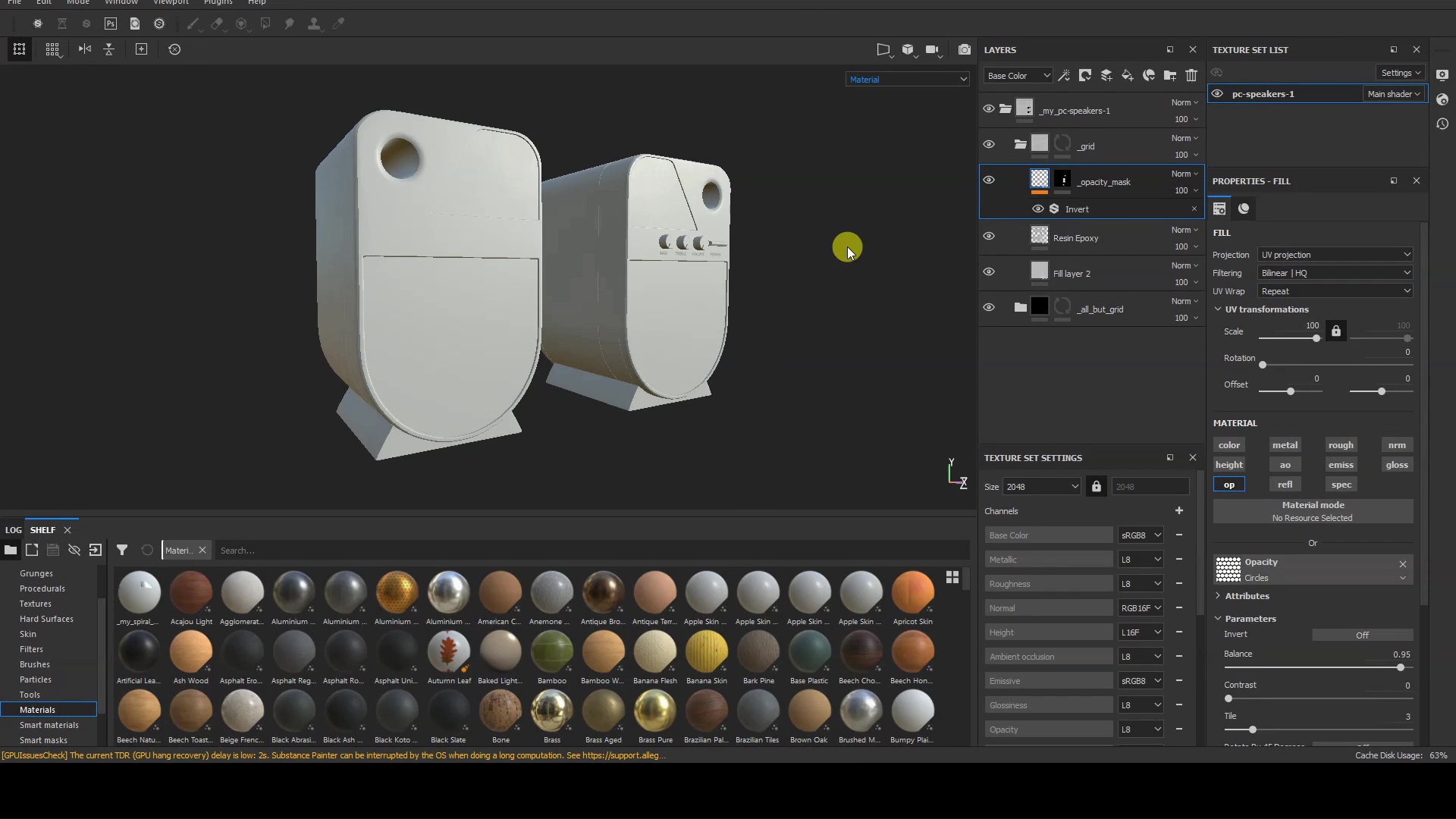 The front grid is a flat surface, to which I have provided a Fill Layer that acts only on the Opacity channel. 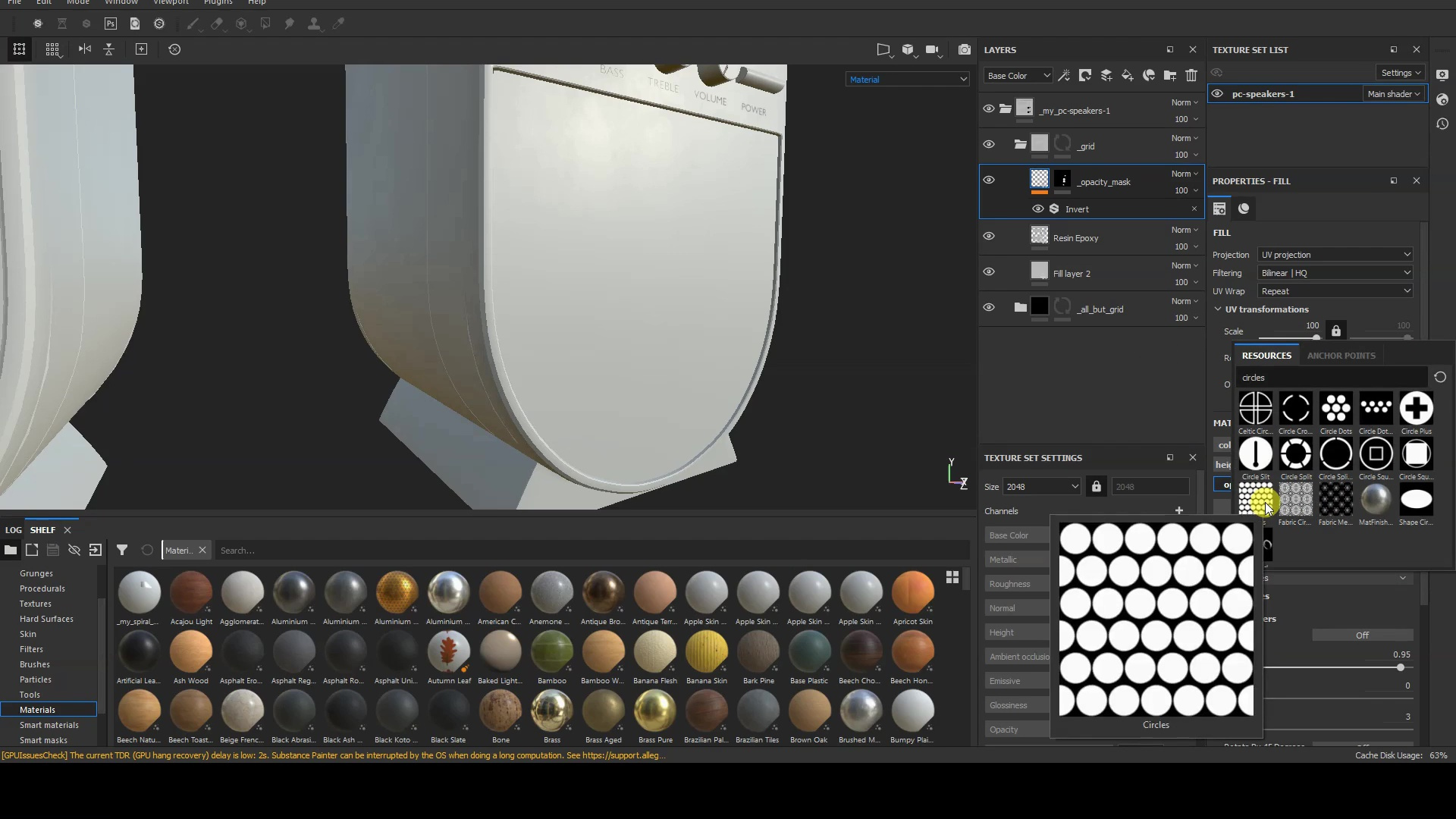 I also applied an Invert filter to the layer, as the Circles mask is white (ie opaque) inside the circles, while I want to get the opposite effect. 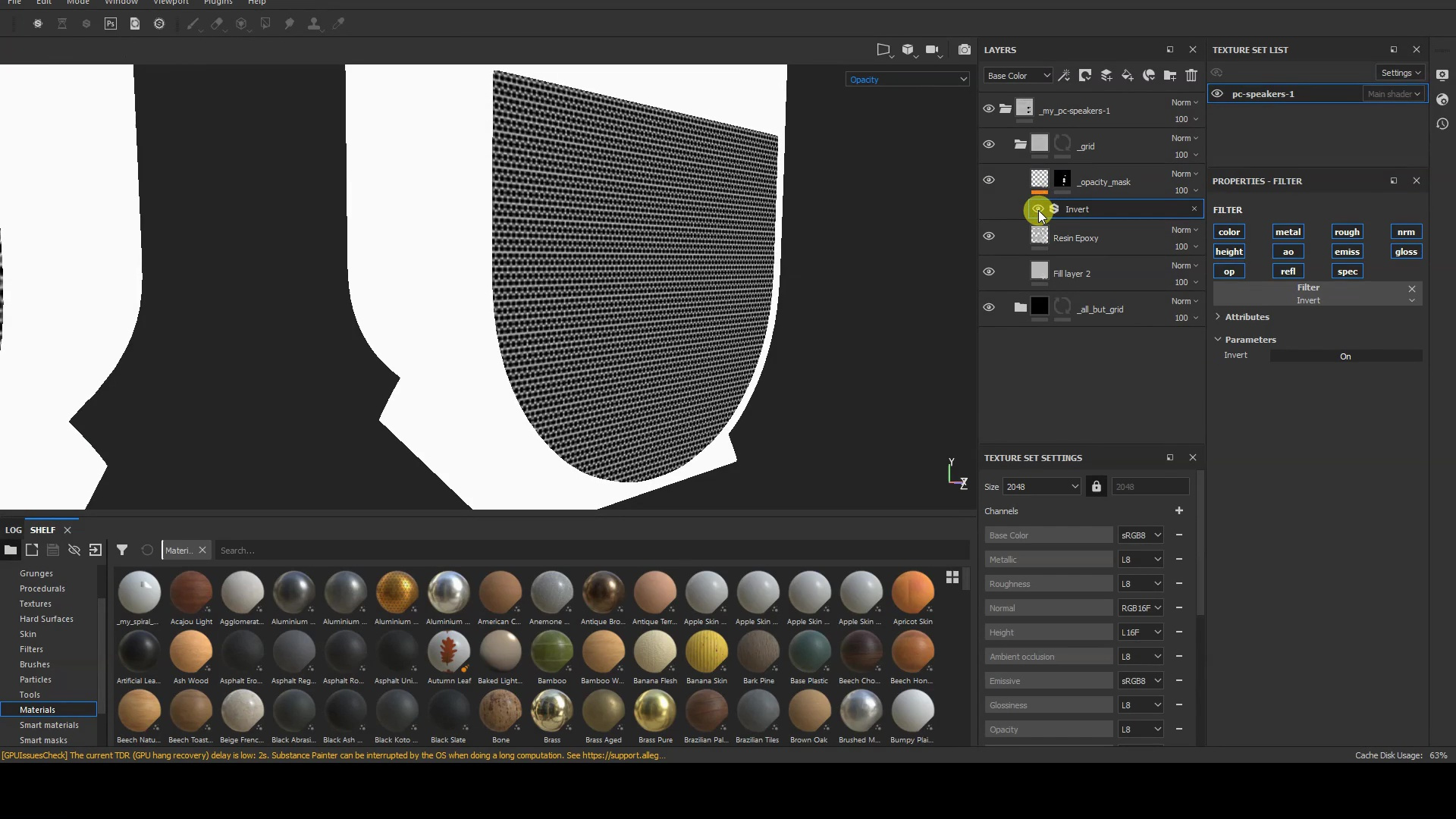 In the Material view, however, the surface appears completely opaque, so I can't get a good preview of the Material and the underlying surfaces. 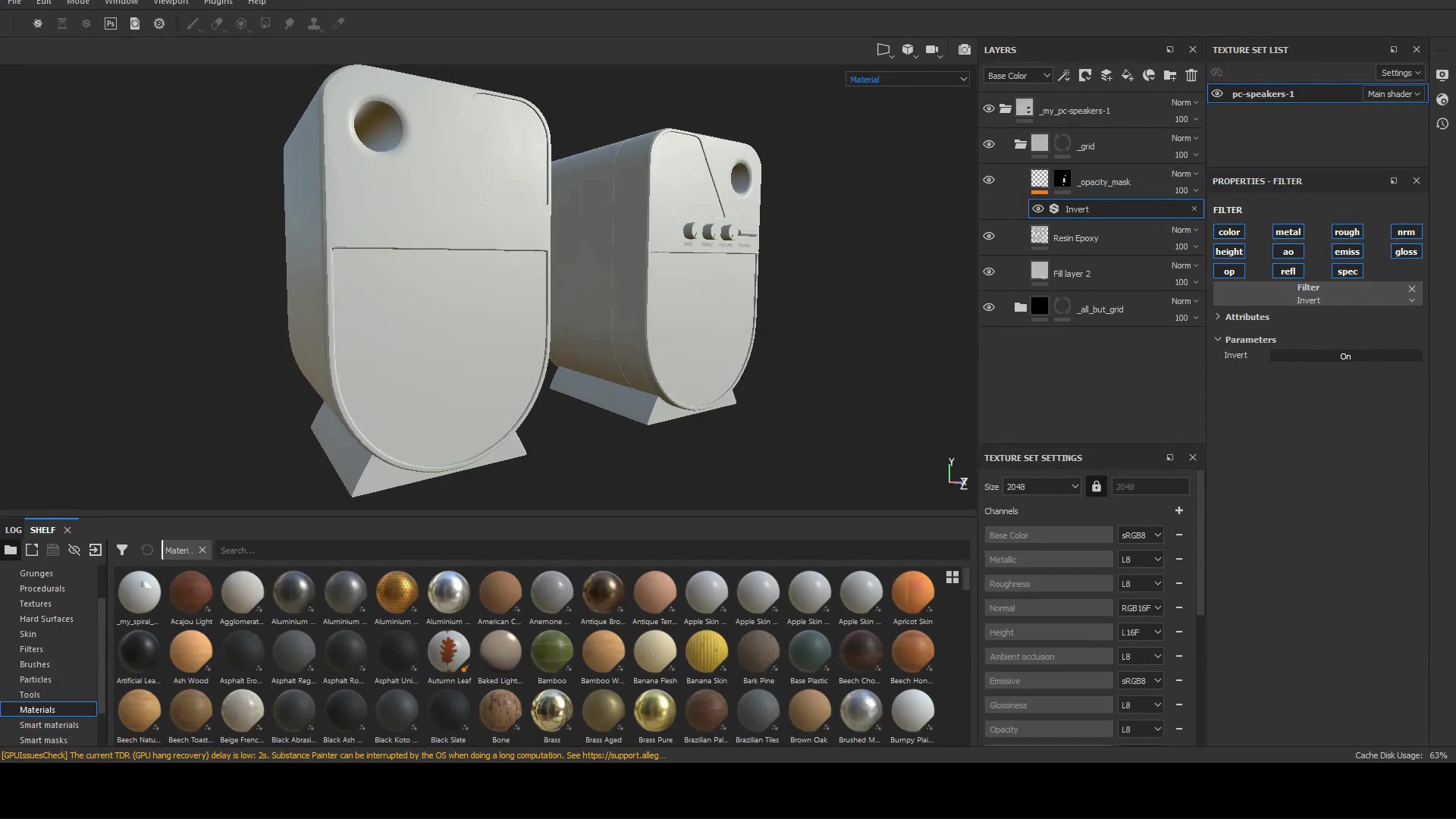 This is due to the fact that the Shader used by default by the 3D window does not provide for transparency effects.

To solve this problem, we need to access a Shader Settings tab (which we can quickly add, if not available in the program interface) and, within this tab, replace the Shader with "PBR Metal Rough with Alpha Blending". 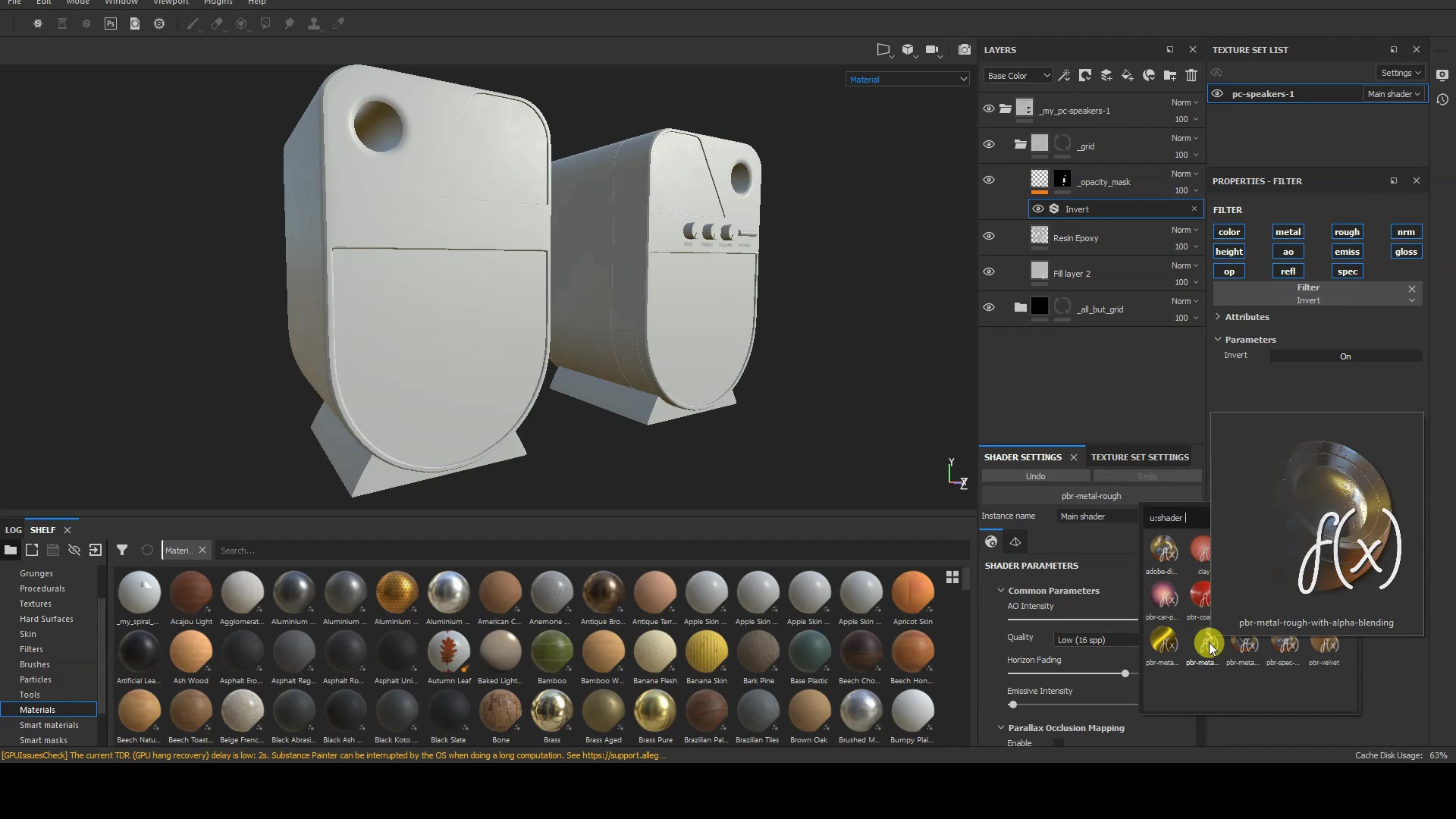 In the 3D Viewport we will now see the surfaces with the transparency masks applied! 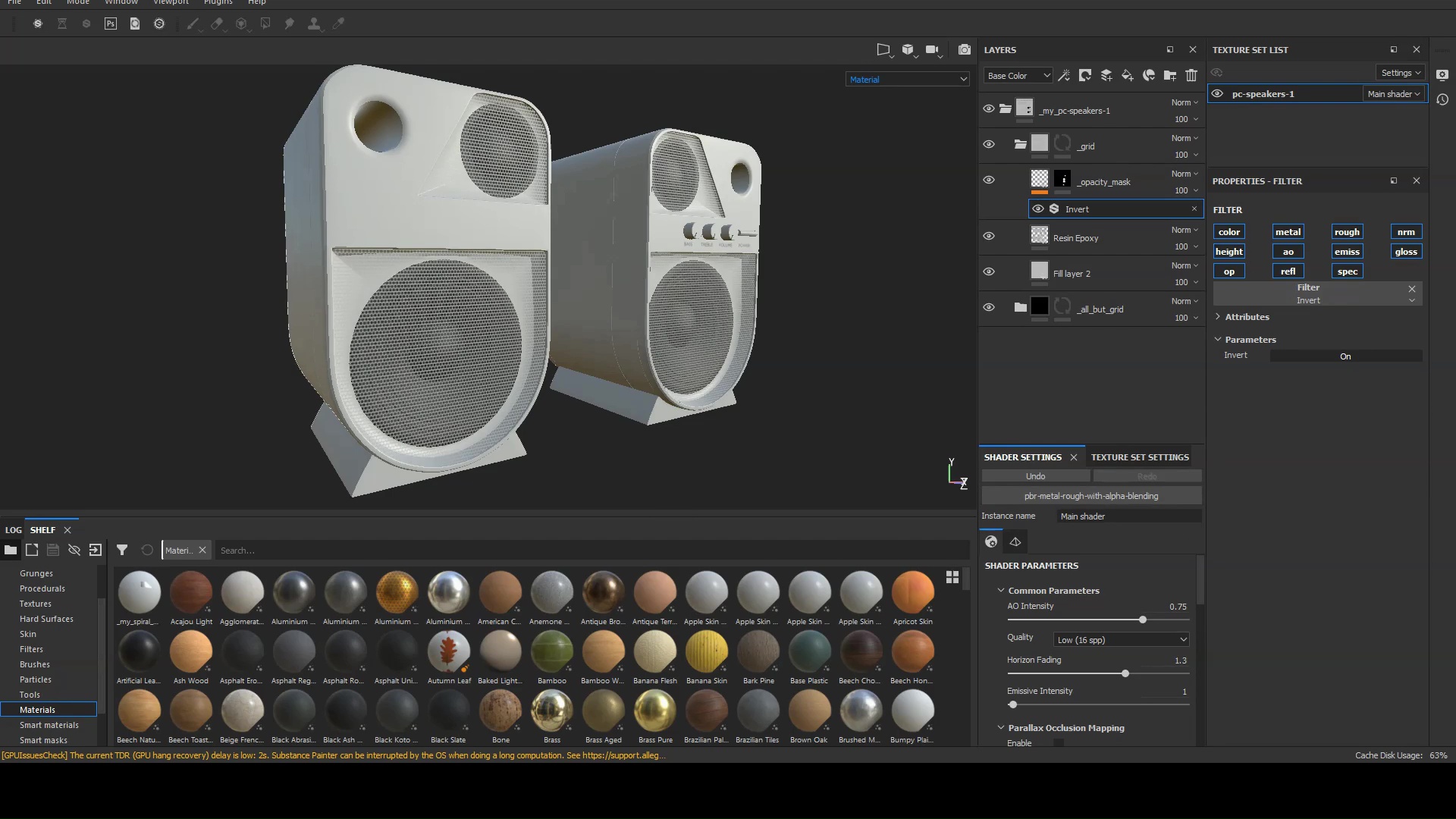 That's all for this very short videotutorial; I hope it was useful to you!

To keep yourself up-to-date on my activities, you can follow me on Sketchfab (3D models).