VIDEOTUTORIAL DOWNLOAD - Strange artifacts in Blender (Cycles) due to sRGB vs Non-Color Data Normal Maps
The 3D model used in this tutorial:

In this tutorial I want to show you some strange artifacts that I encountered while applying some Textures from Substance Painter in Blender 3 and how to fix them; the rendering engine used here is Cycles, by the way.

Let's take a look at the object: as you can see, it is a simple pulley with a hook; the geometry looks fine: there are not flipped Normals, no double vertices or geometries, the topology is OK, the shading is set to Smooth and Auto Smooth is on. 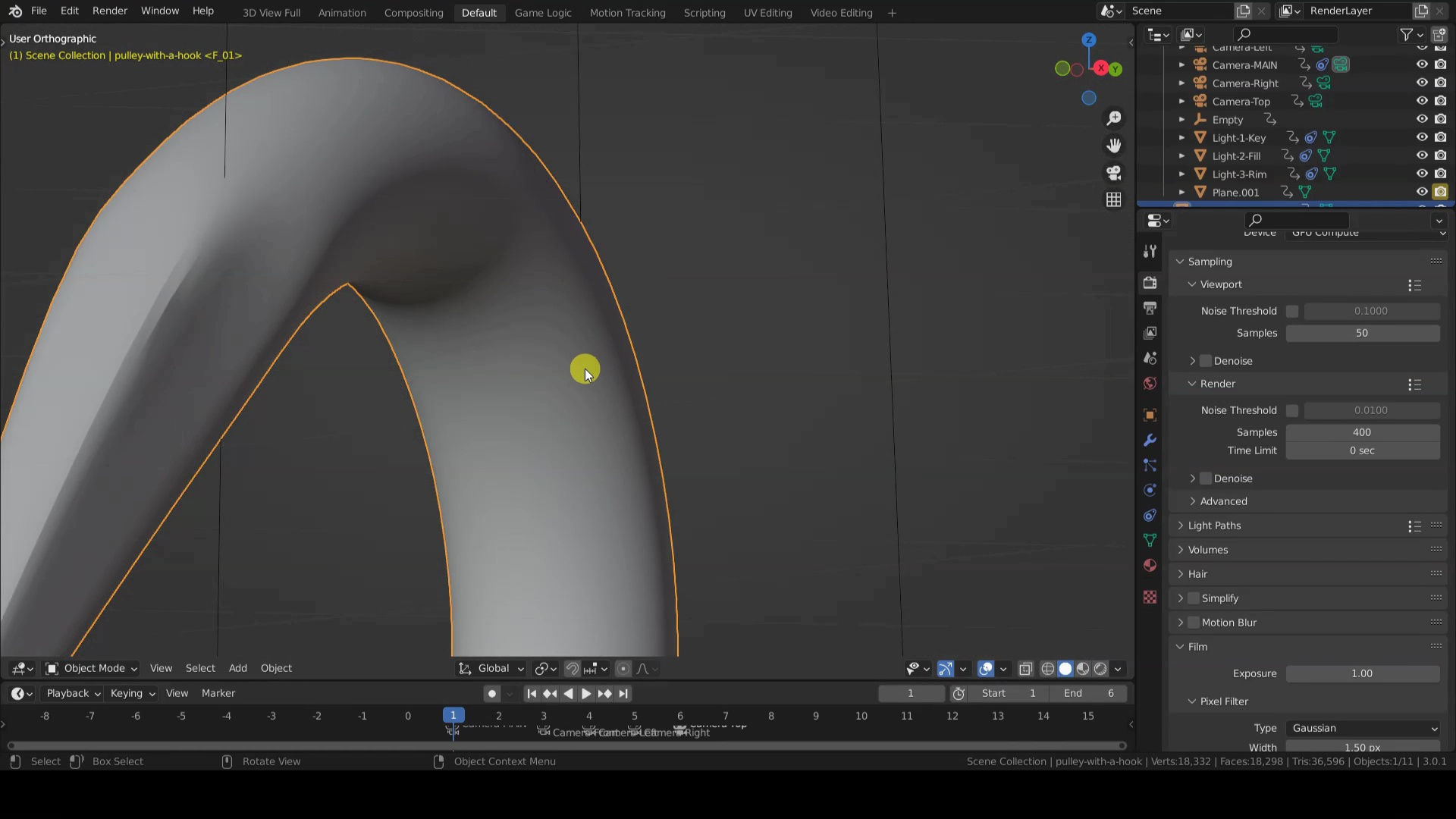 Regarding the UVs, the Material and the Textures: the UVs are non-overlapping and I'm using a single PBR Material with three Textures: Albedo, Normal and a particular color texture called "ORMA" in which I store, as the name suggests, the Occlusion, the Roughness, the Metallic and the Alpha maps in the RGBA channels of the image. 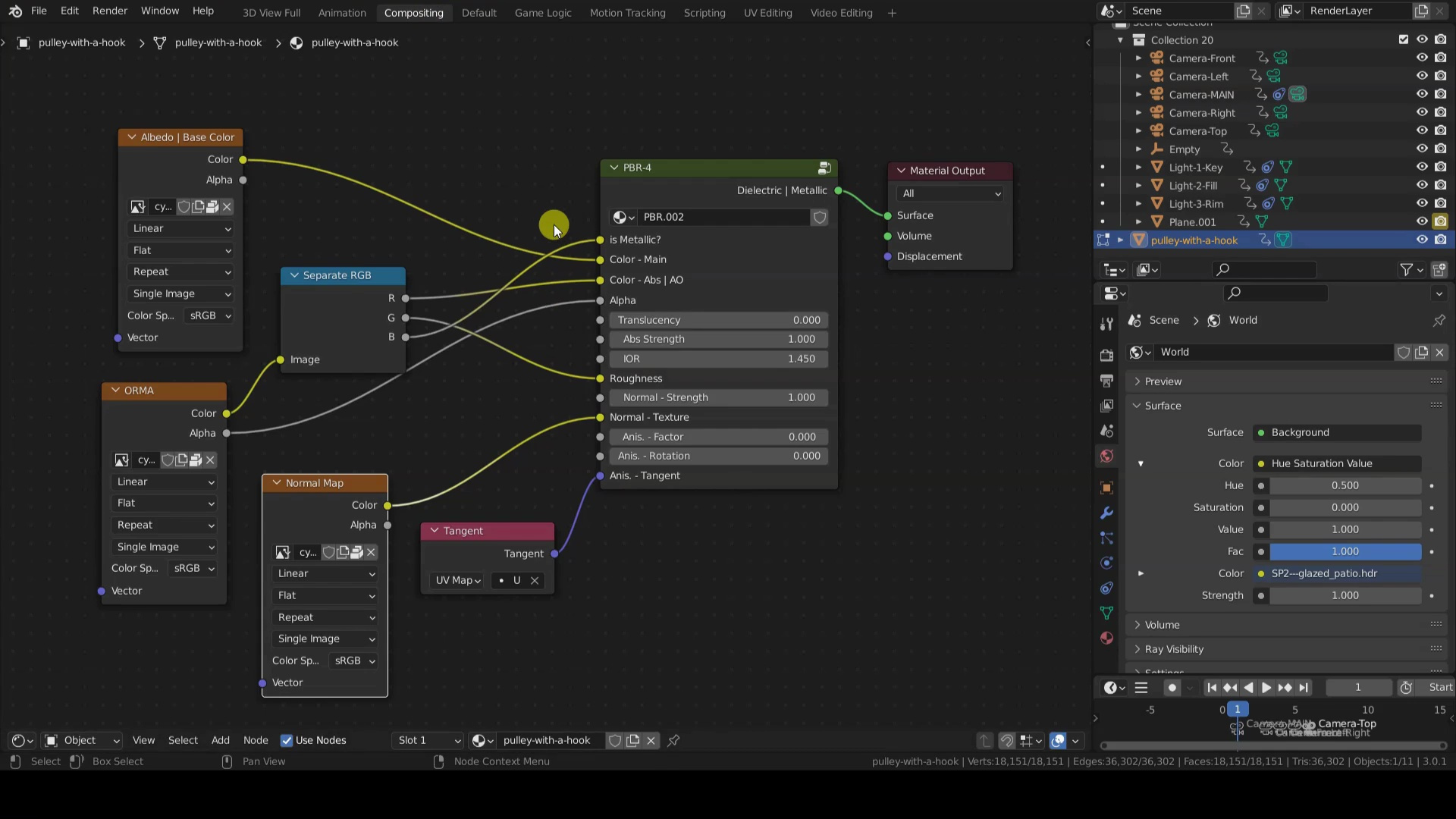 I export this texture from Substance Painter in order to save disk space, because those channels are stored in grayscale images, so I can put them in a single PNG image texture, then I separate the channels in Cycles. 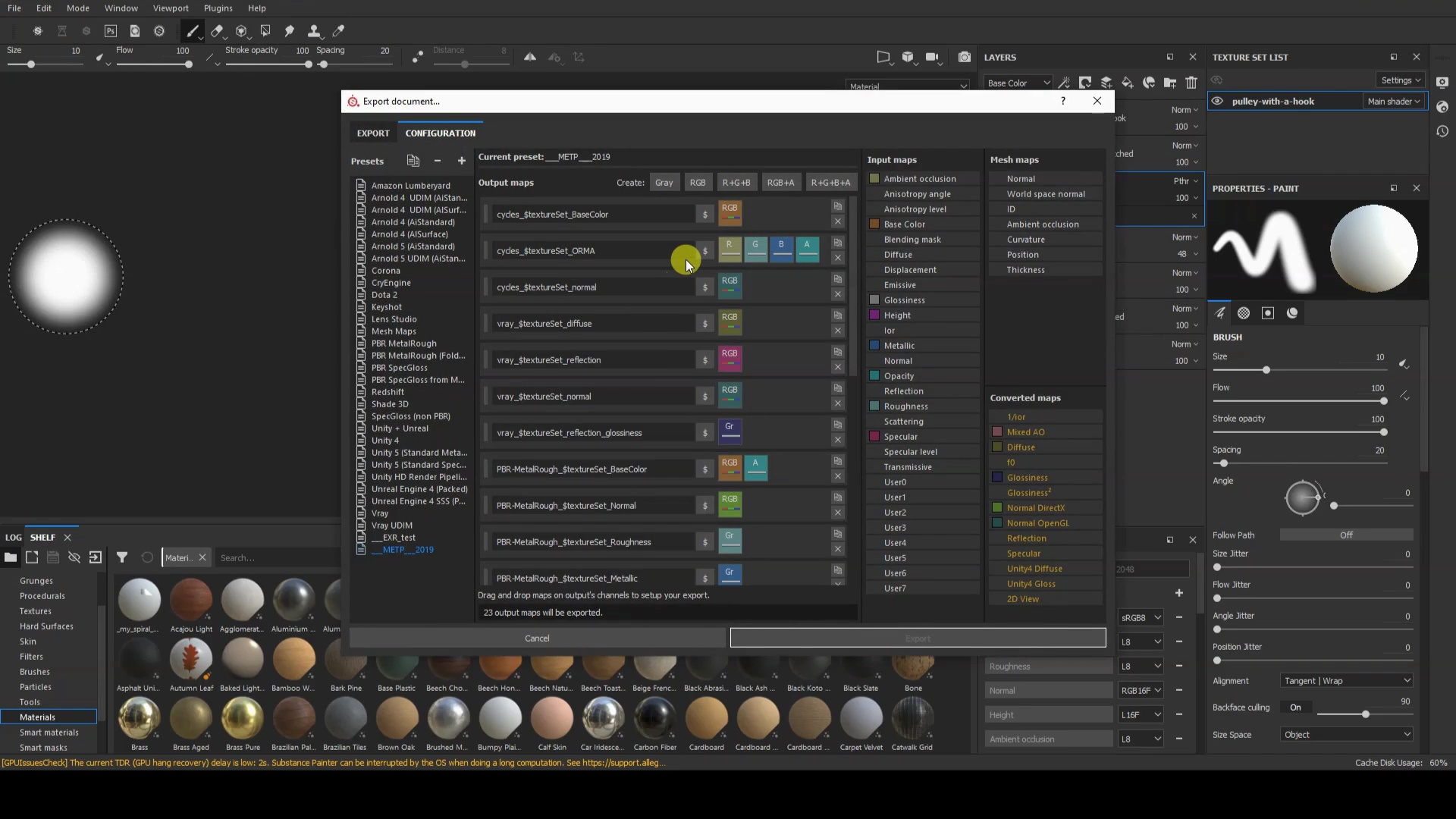 When I switch to rendered mode, however, I can see some strange artifacts on the surface: the faces look triangulated, or "jagged". 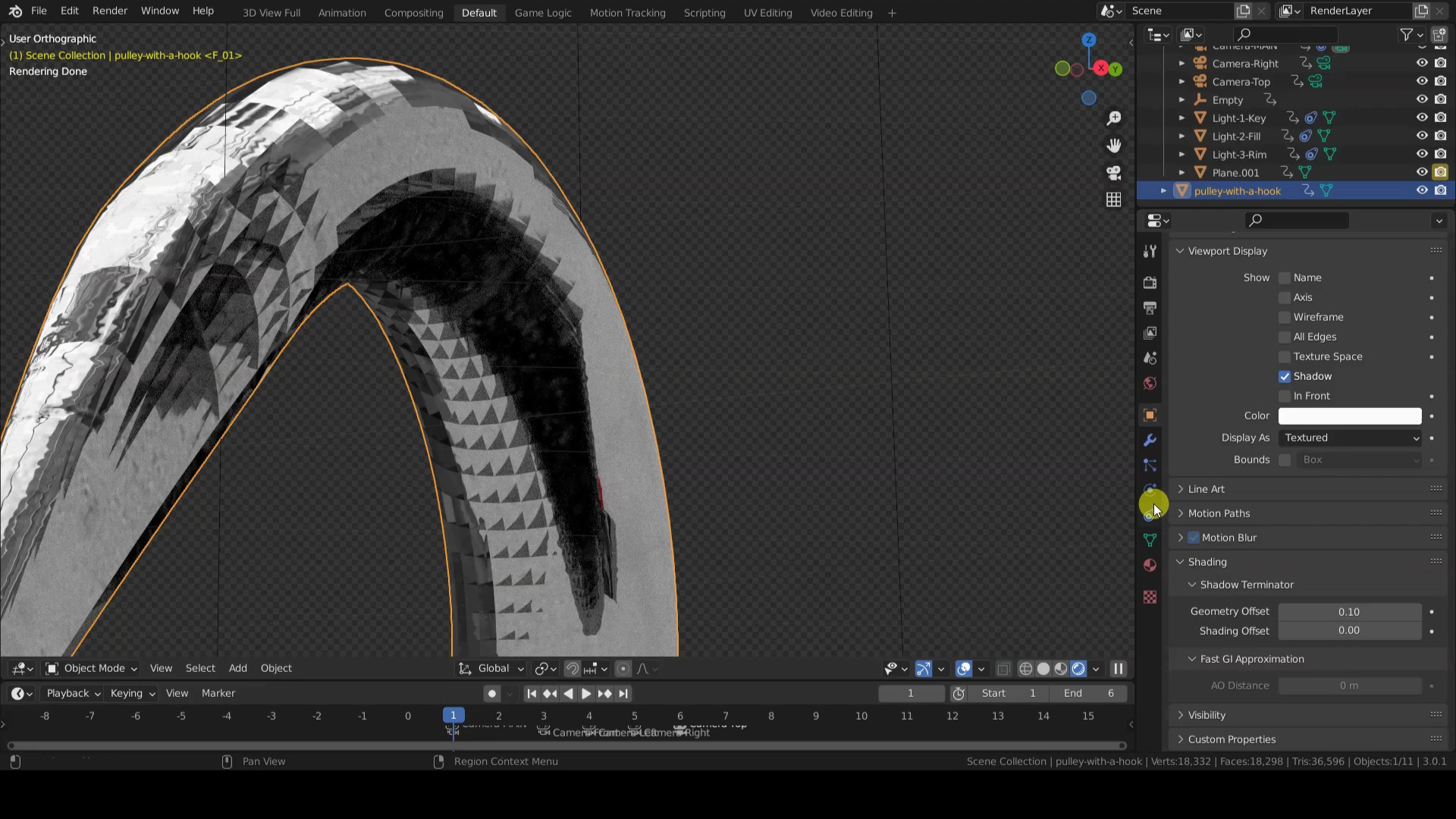 Most of the times, this may due to the Normals or to the Smoothing options, but here the Auto Smooth option is OK, the Edge Split modifier is useless and the Subdivision Surface modifier will make things even worse. 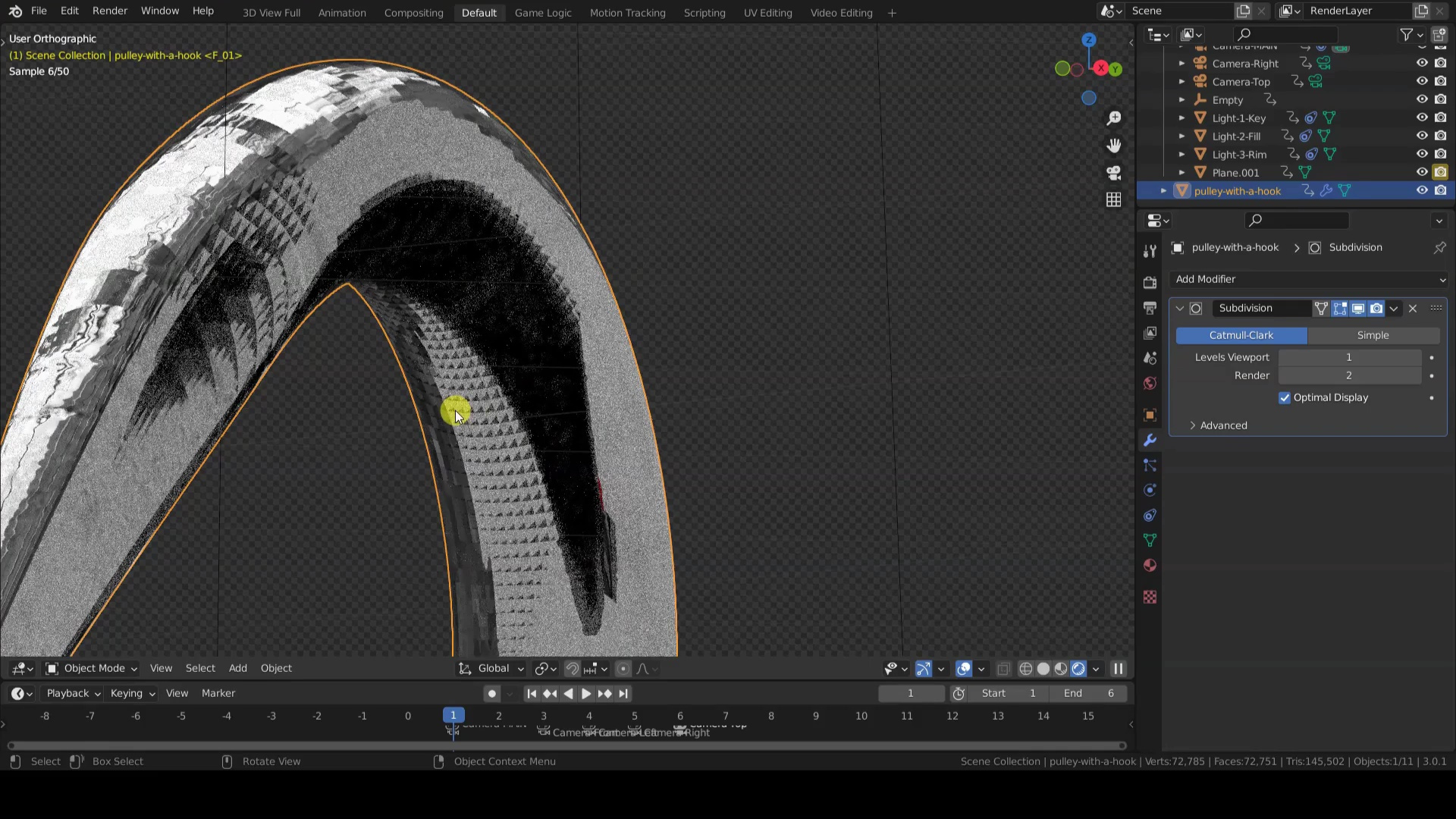 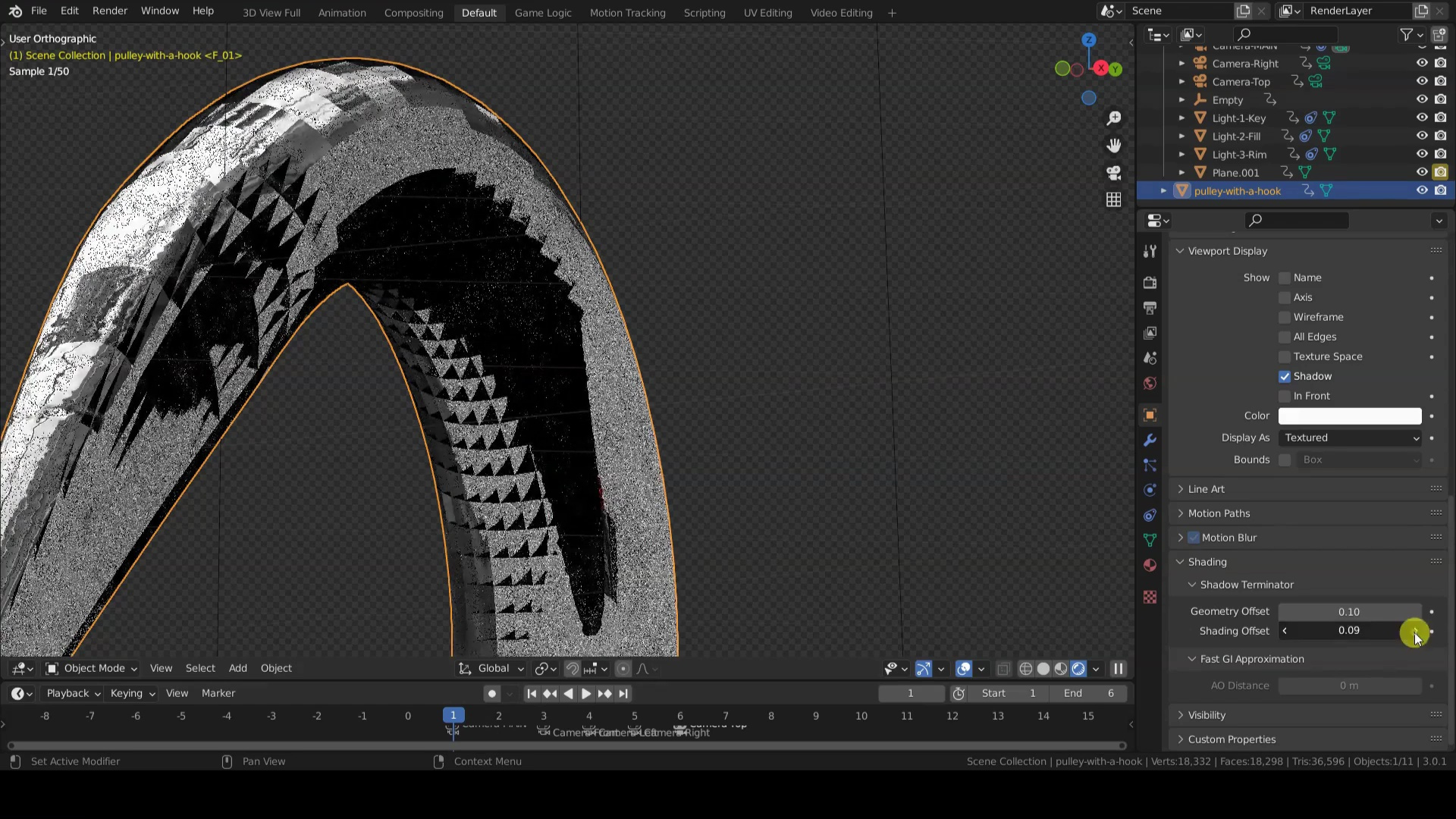 I'm pretty sure that it has to deal with the Normals, but they are OK...

… well, actually it deals with the way the Normal map is applied to the material: in the Input Image node in which I load the Normal Map, in fact, there is a parameter, called "Color Space"; it is set to sRGB, which is OK for a base color image texture, but here I'm dealing with a Normal Map, so I switch to "Non-Color data" and... 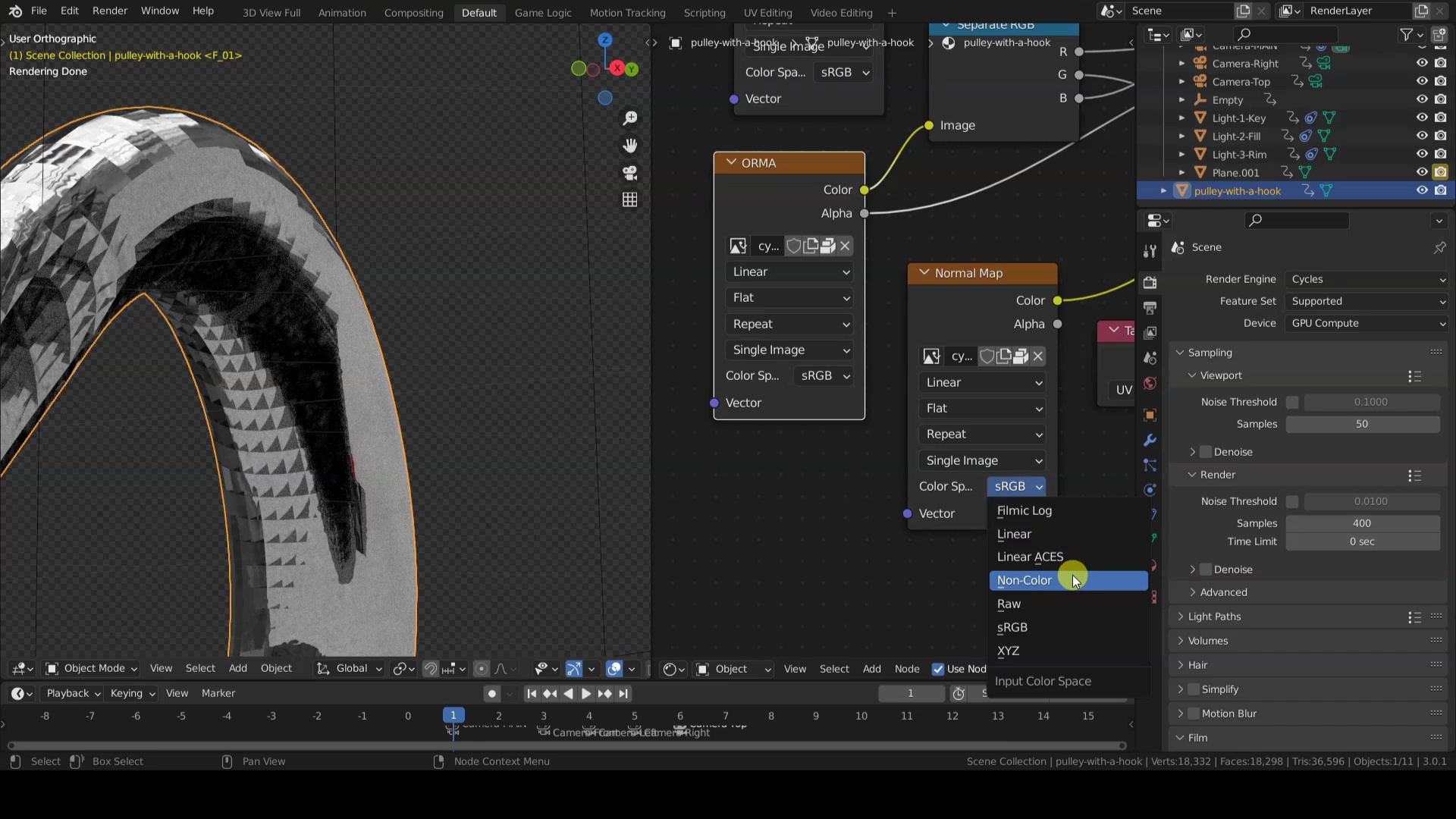 … those strange artifacts are gone! 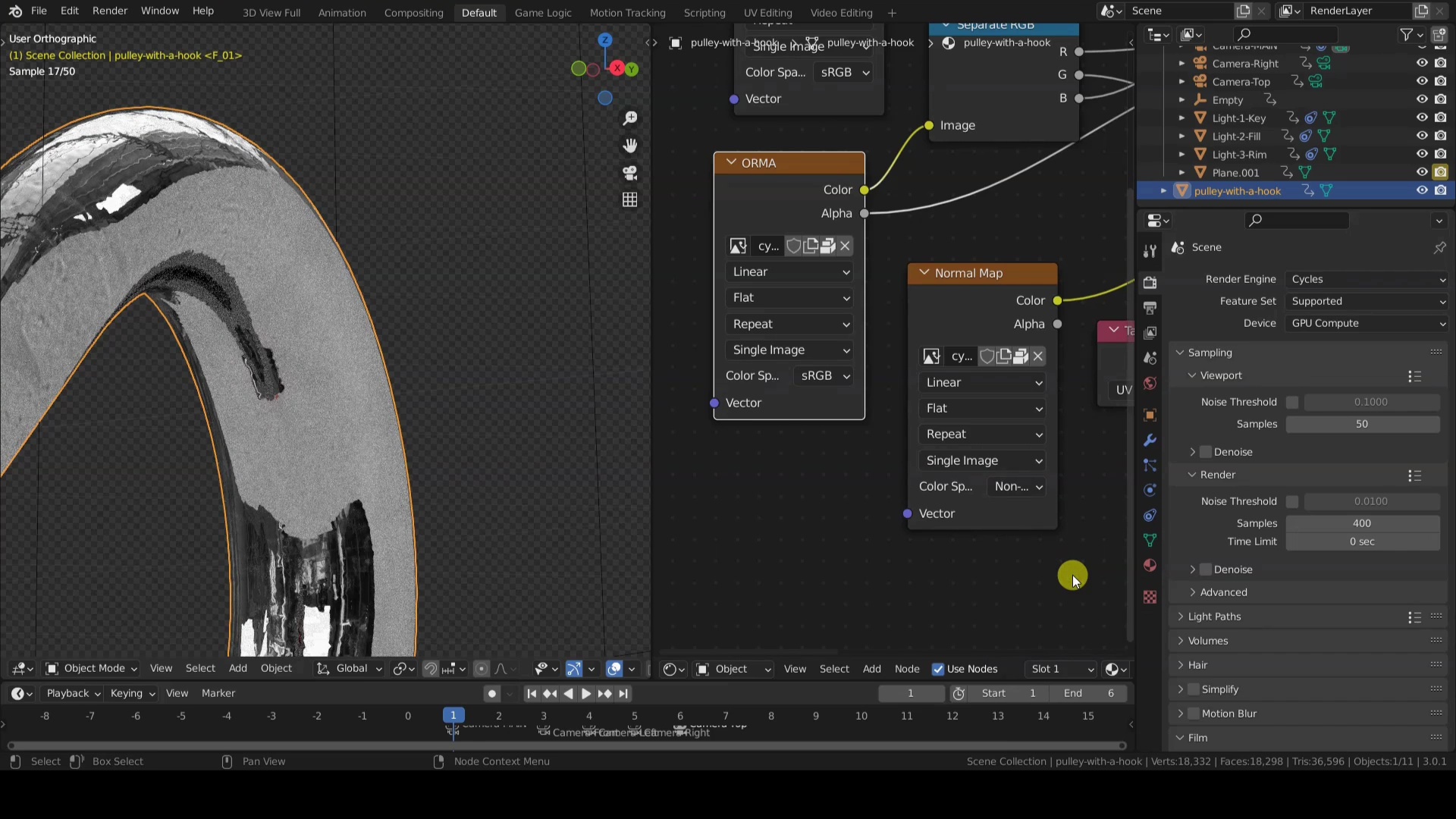 So, if you see this strange artifacts on your objects, take a look at this parameter, too!

But wait: there's more! If we take a look at the object preview in Substance Painter, we can see that the Roughness is different from the one we get in Cycles; now, we know that this may be due to the Color Space of the ORMA Texture (the one in which I store the Roughness data, among others), so we can switch to Non-Color Data, and... 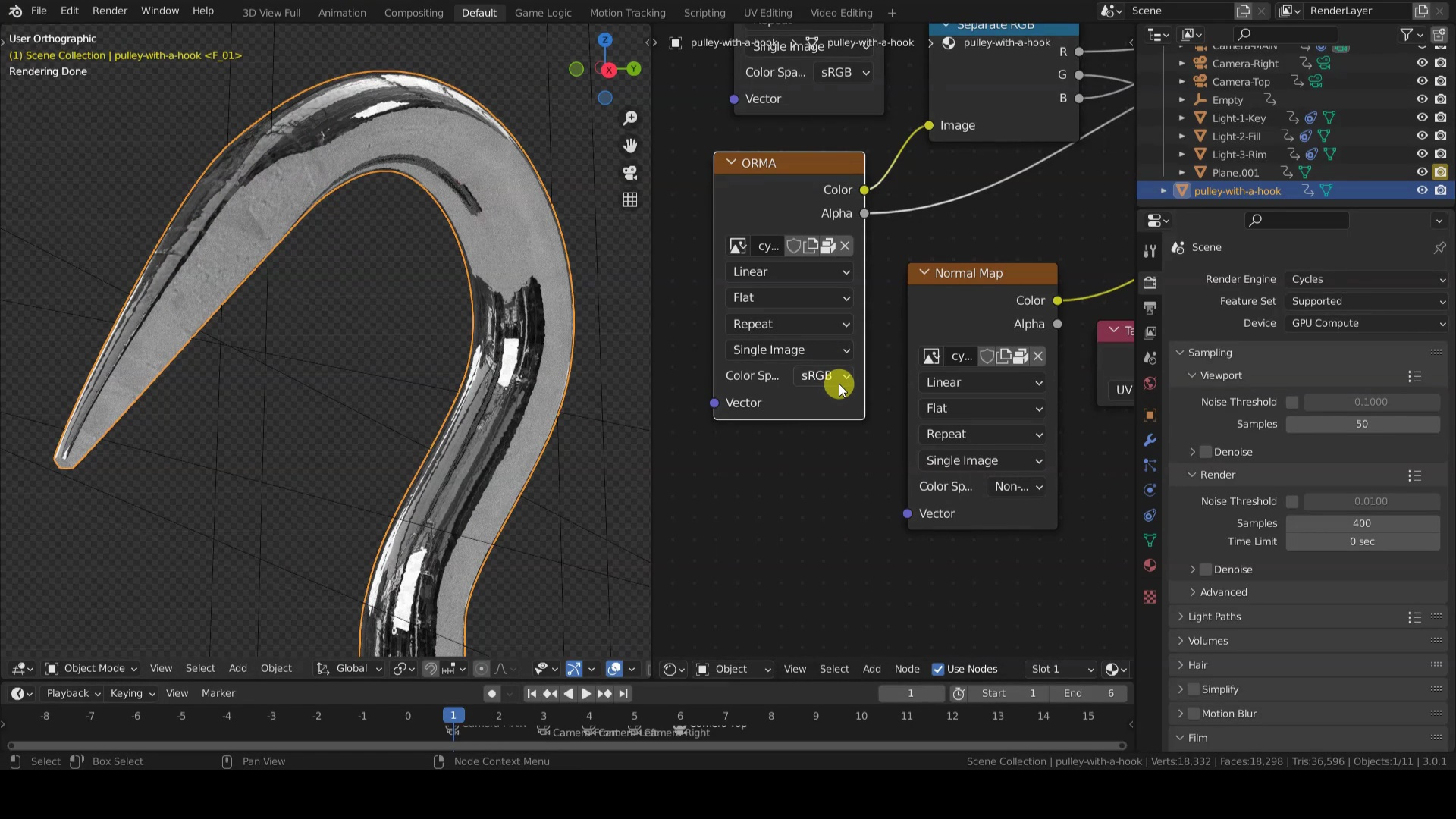 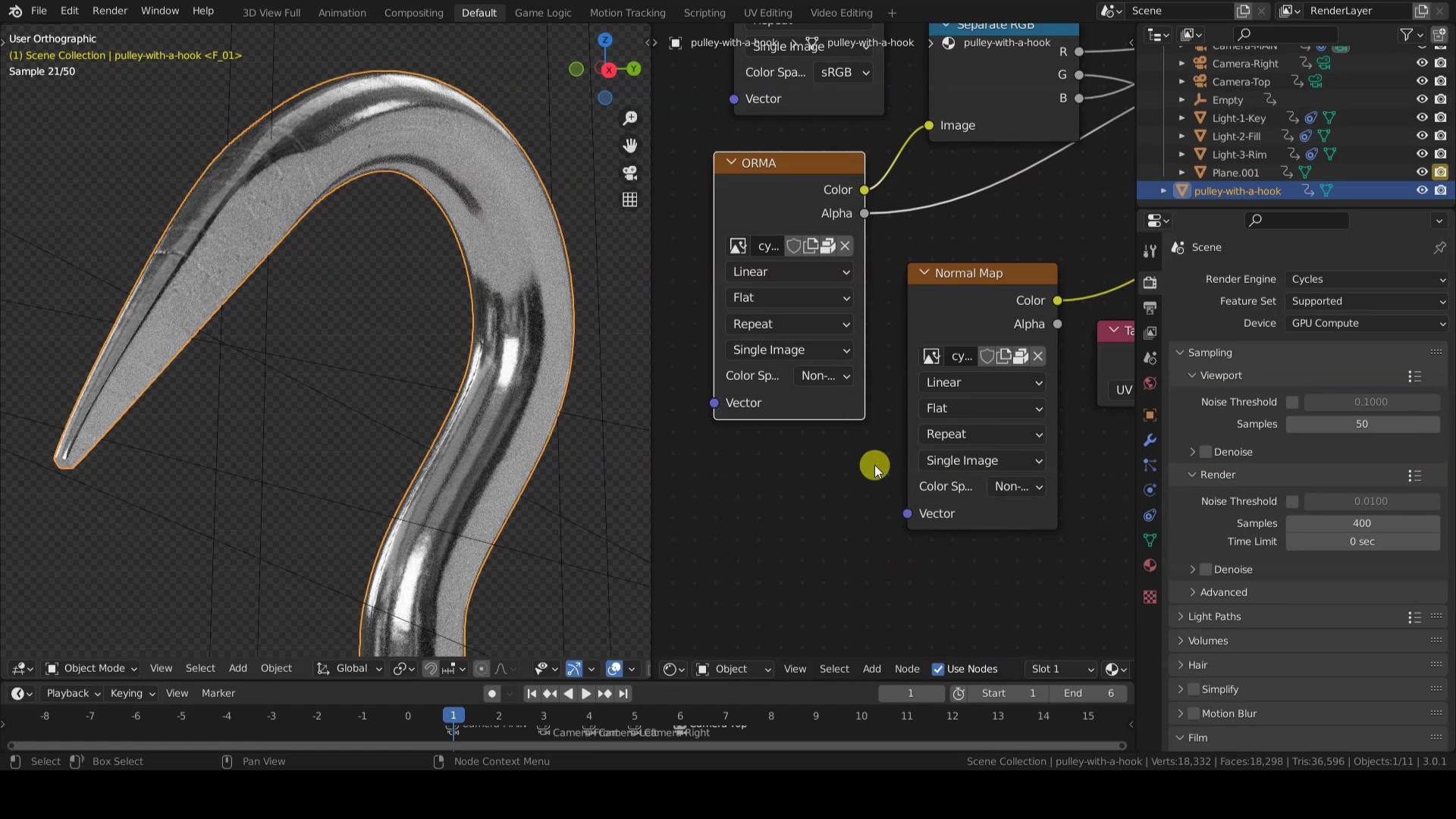 To keep yourself up-to-date on my activities, you can follow me on Sketchfab (3D models) or subscribe to my Youtube channel (videotutorials; don't forget to turn on the notifications!)