Blender - How to create pixel-art renderings with the Pixelate Node

VIDEOTUTORIAL DOWNLOAD - Pixel-art rendering with the Pixelate Node in Blender

The 3D models used in this tutorial:

In this tutorial I want to show you how to use the Pixelate Compositing node to modify our renderings so that they look ... pixelated, in fact; in other words: to make them look as they were made with the pixel art technique, which gives the images a slightly retro charm, like that of video games of the past.

This tutorial was recorded with Blender 3, but the Pixelate node has been available since version 2.79 (at least), so the tutorial should also be valid for intermediate versions. The rendering engine used for the examples shown here is Cycles. 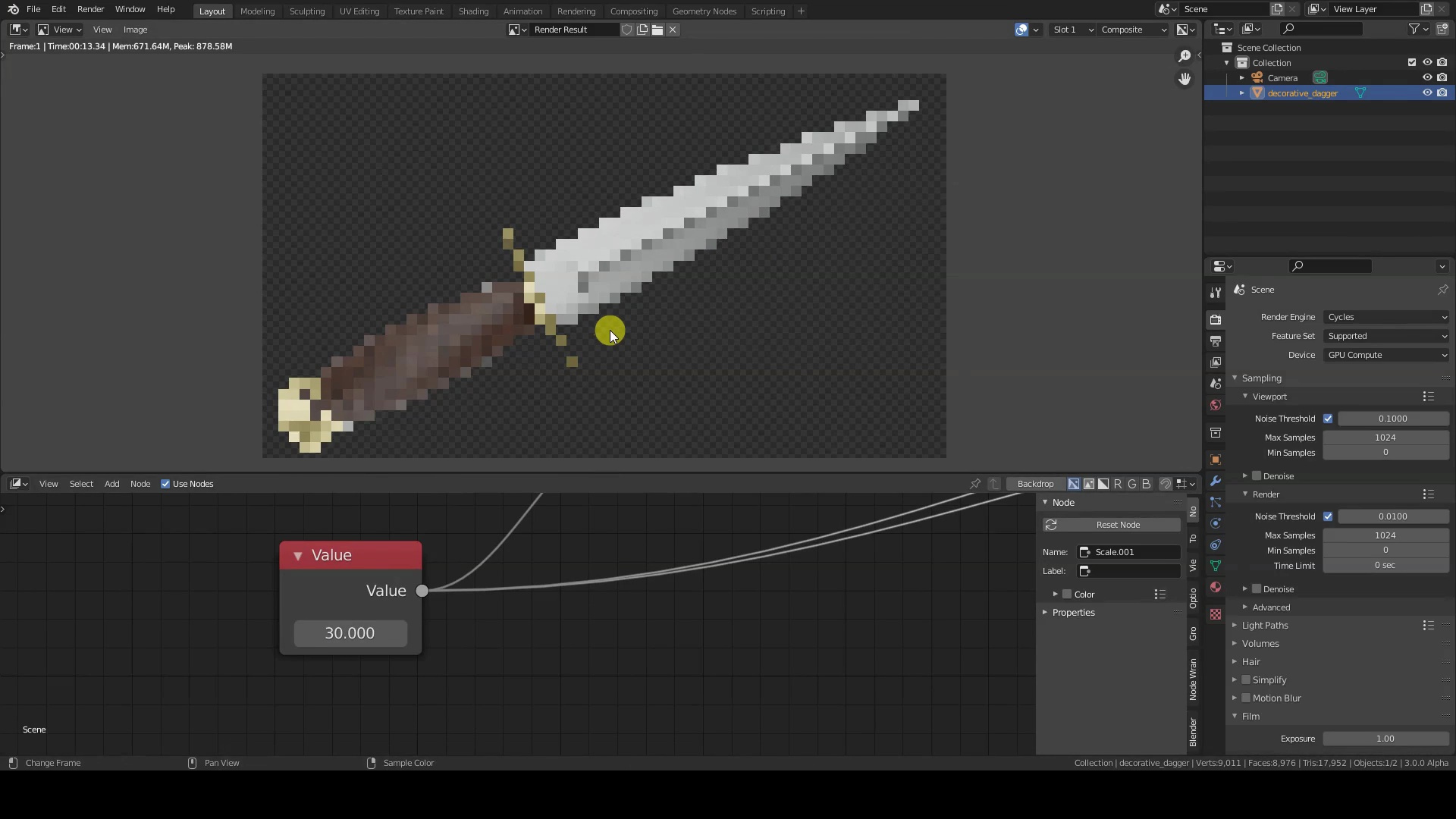 The renderings can concern both entire scenes and single objects; in the case of single objects, it will be possible to create icons or sprites (sequences of images, to create animations) on a transparent background ... in any case, the operations to be carried out are the same, as they happen in the Nodes Compositing process, which takes place in Post-Production, after the rendering.

There are no standard light sources in the scene, but there is an HDRi image in World background. 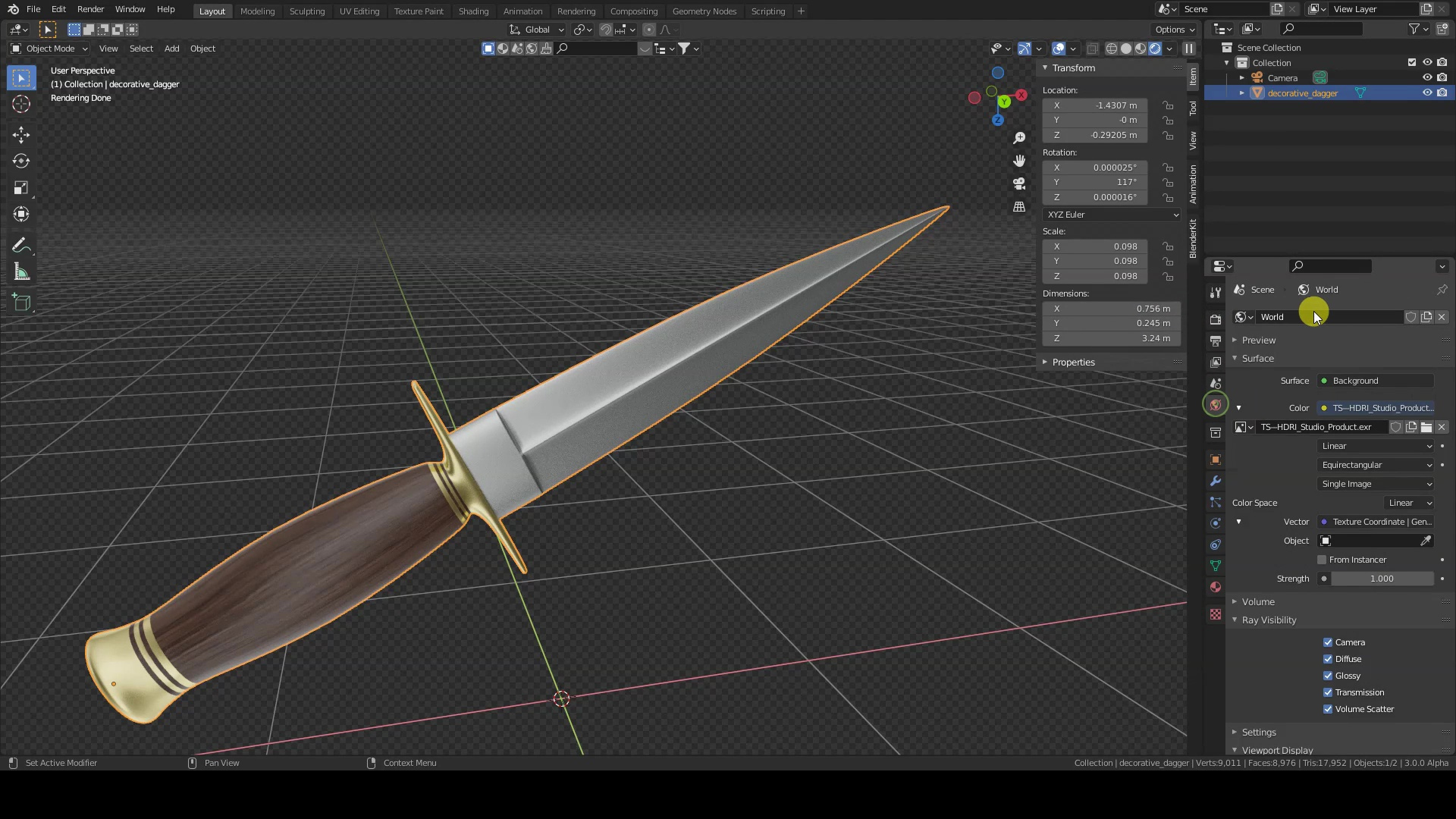 Everything is ready for rendering ... which we can do immediately, in fact: the Pixelate node acts in Post-Production and it needs only the image produced by the initial rendering, without any additional information. 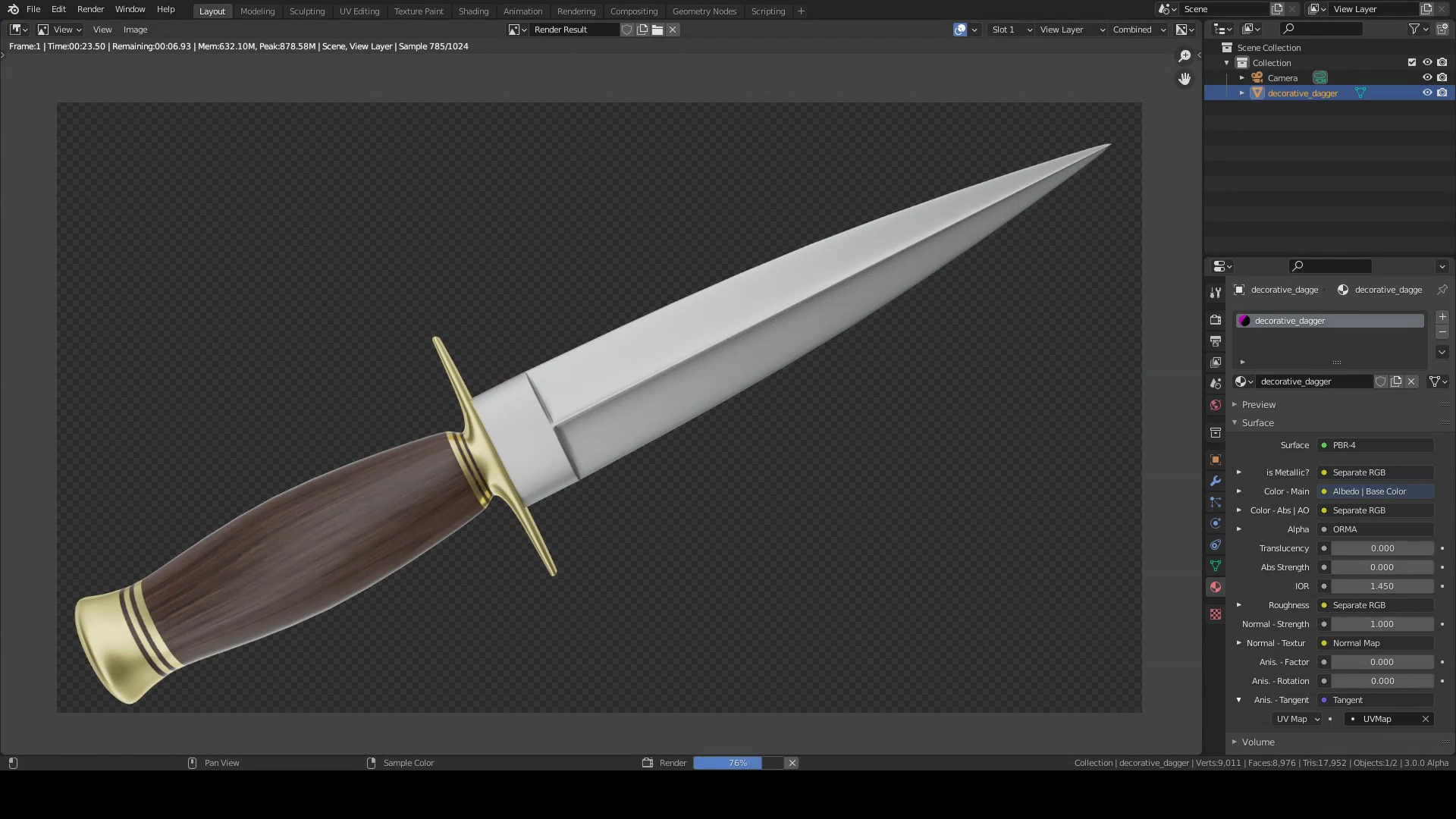 Once the rendering is done, therefore, we can open a Nodes editor, in the General - Compositor section, and click on the "Use Nodes" box to activate the Post-Production.

We will see the Render Layers output linked to the Composite input. 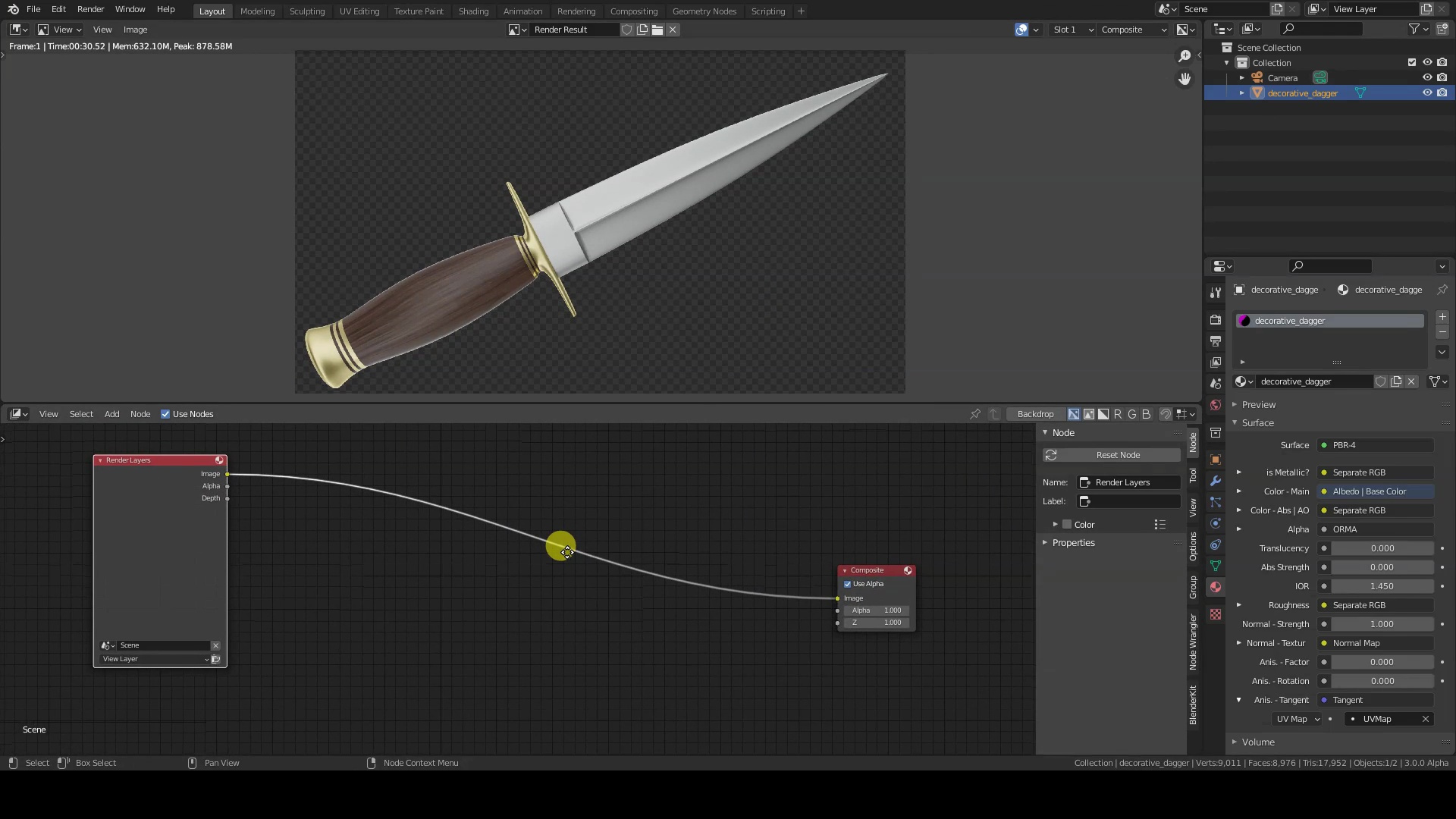 ADDING A PIXELATE NODE TO THE SCHEME

Let's add a Pixelate node by choosing it from Add - Filter, placing it right in the middle of the two existing nodes.

In the Image Editor window which shows the rendering ... we won't see any difference. 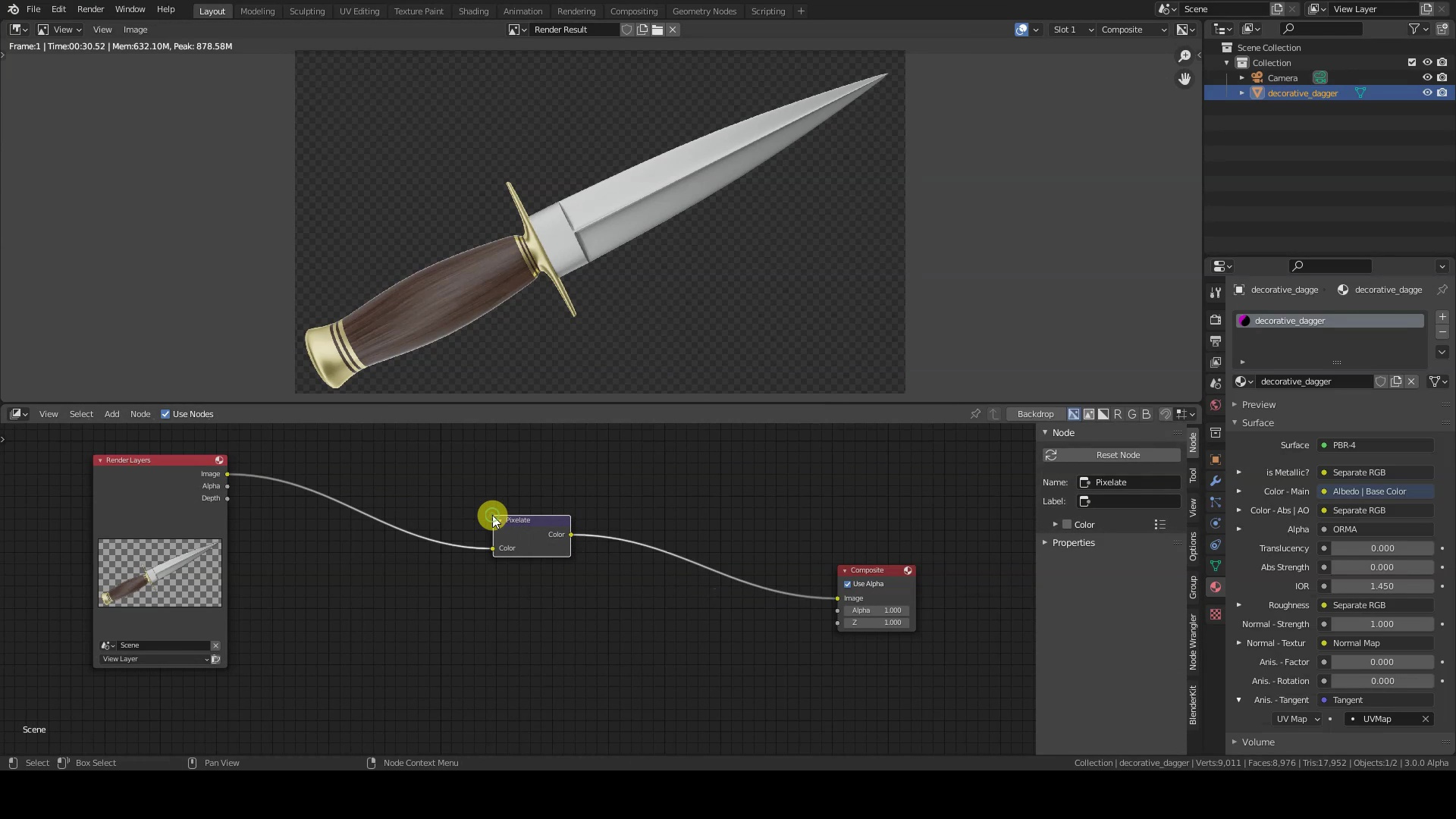 The online documentation of Blender tells us that to use Pixelate we have to place it in the middle of two Distort - Scale nodes; in particular, the first node must have a value less than 0, while the second node must have the reciprocal value of the first one. 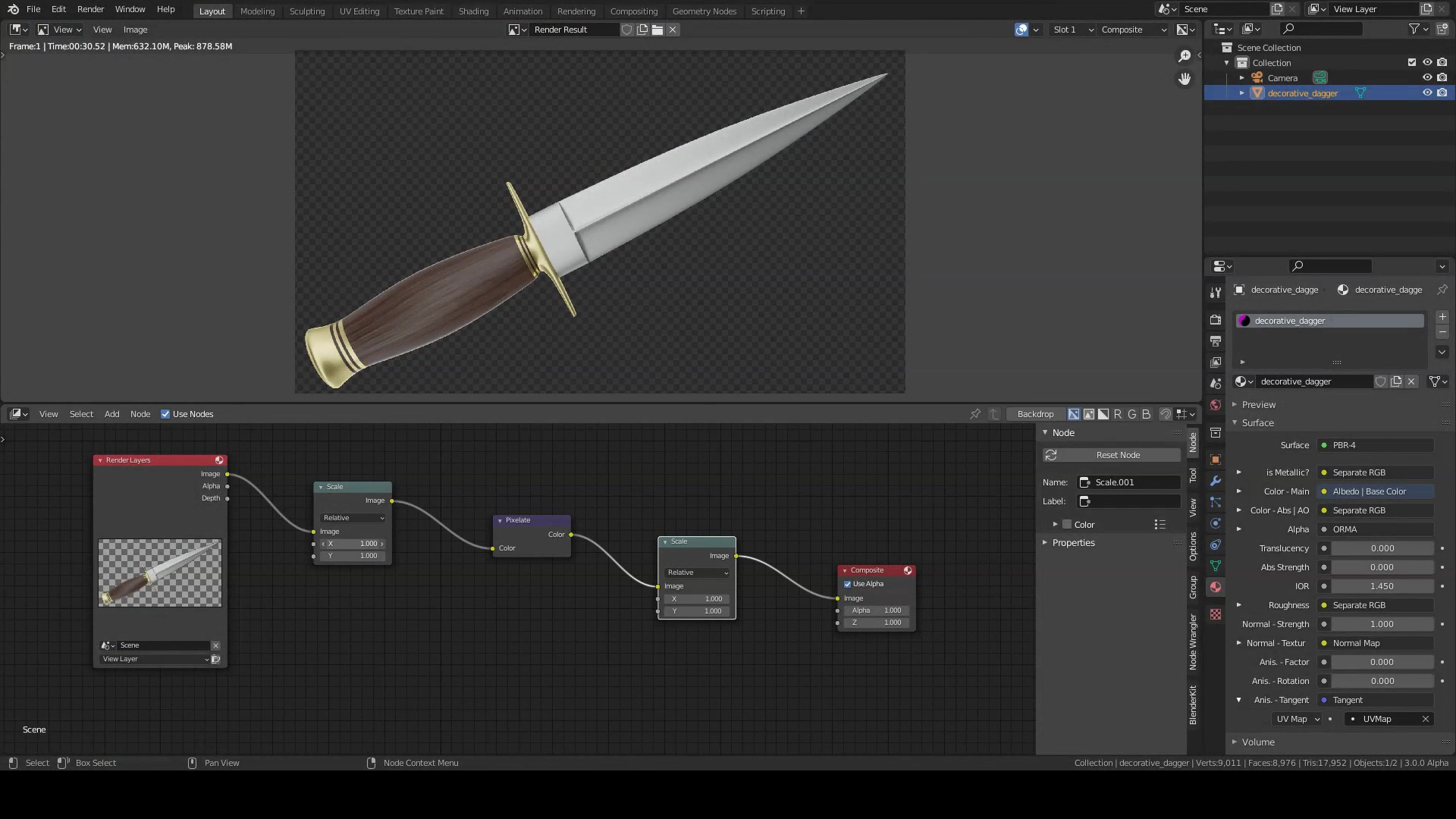 The documentation gives, as example values, 0.2 and 5. Using these two values, we get an interesting result ... but I want to try other values, increasing or decreasing the pixel size and modifying the result in real time. 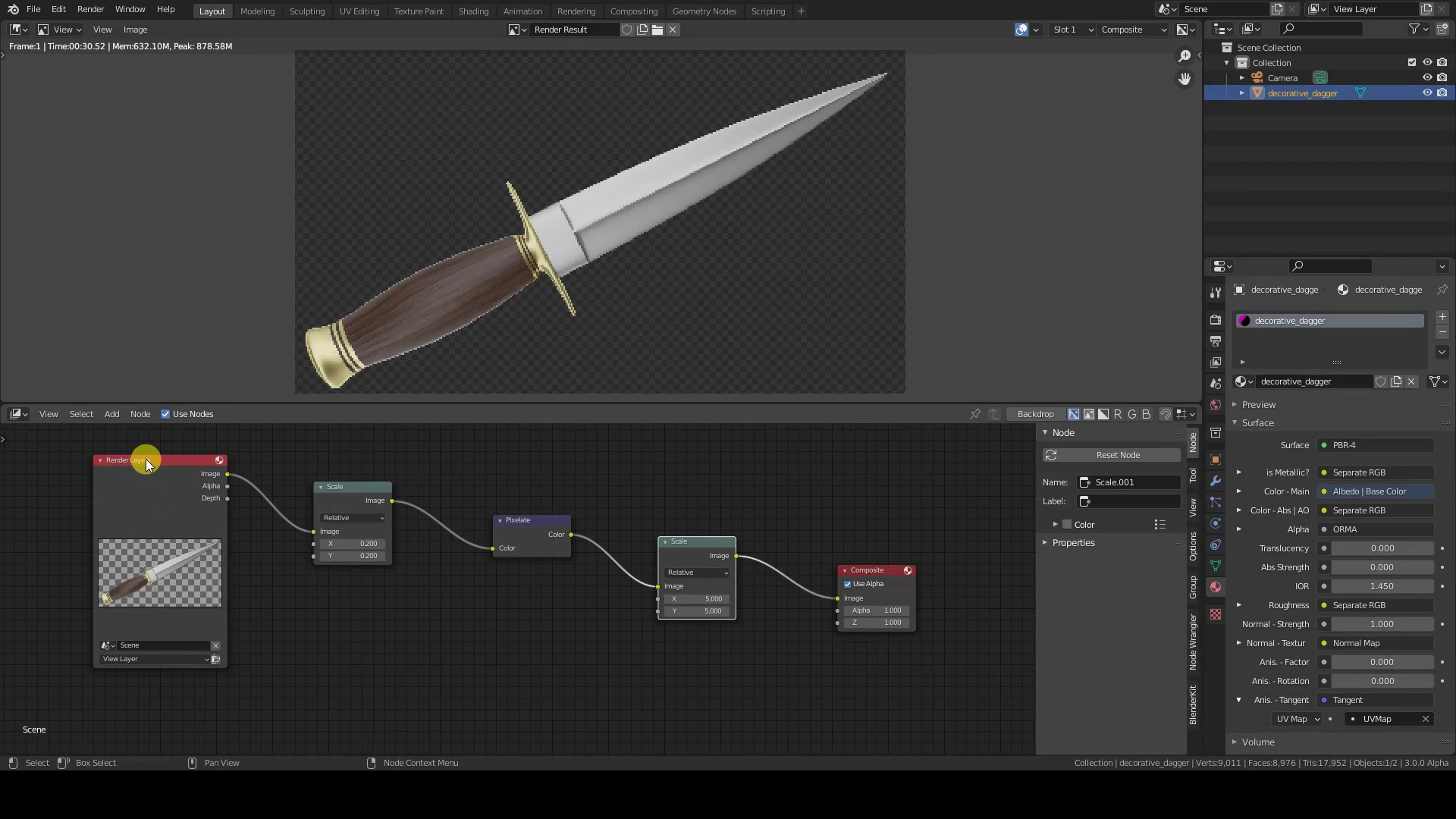 TUNING THE EFFECT WITH AN INPUT - VALUE NODE

Then I insert an Input - Value node in the scheme: this node provides a numeric value, which we can use in the second Scale node. 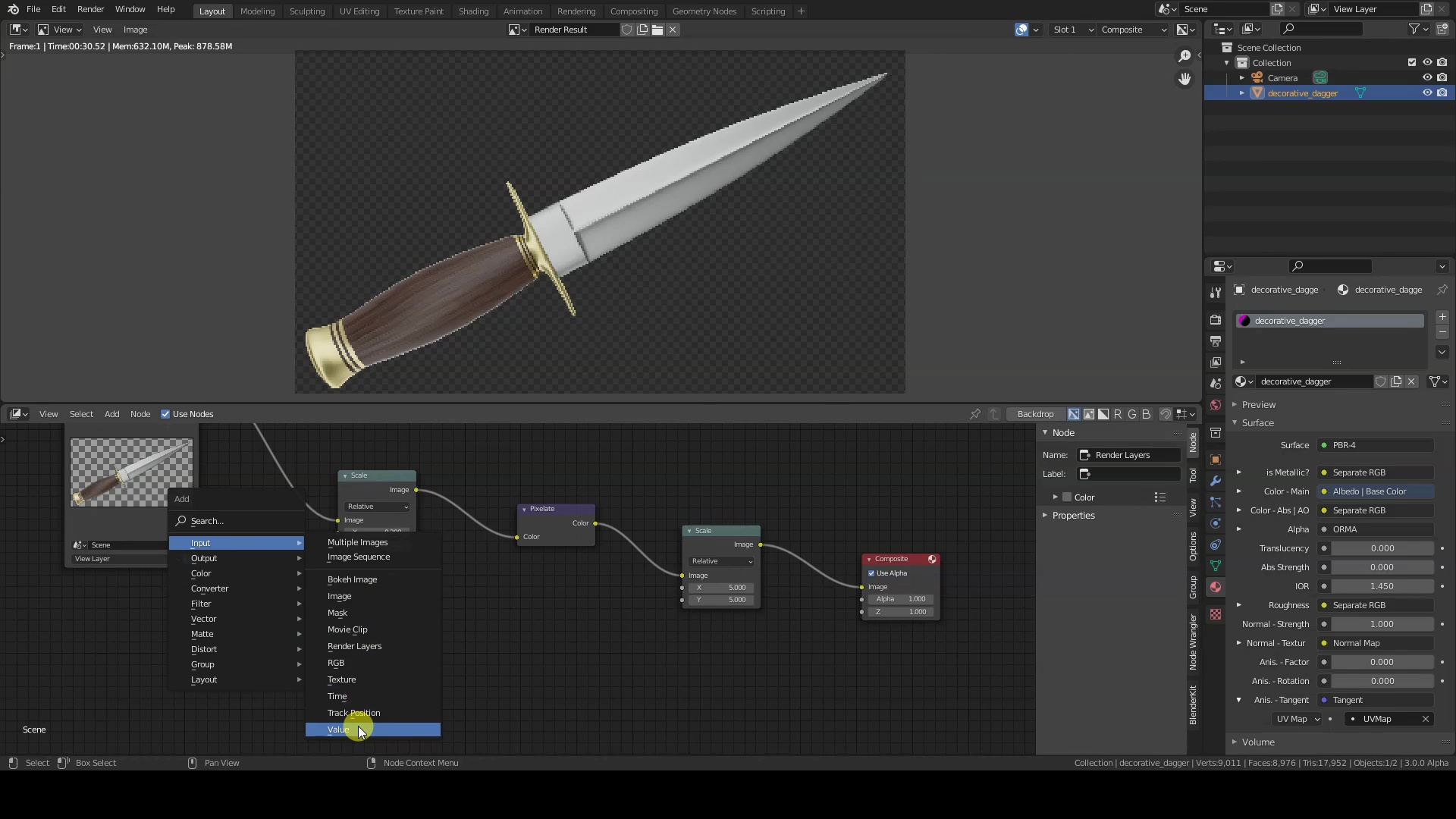 In order to use Value in the first Scale node too, we must first calculate its reciprocal, so we insert a Converter - Math node in the scheme. 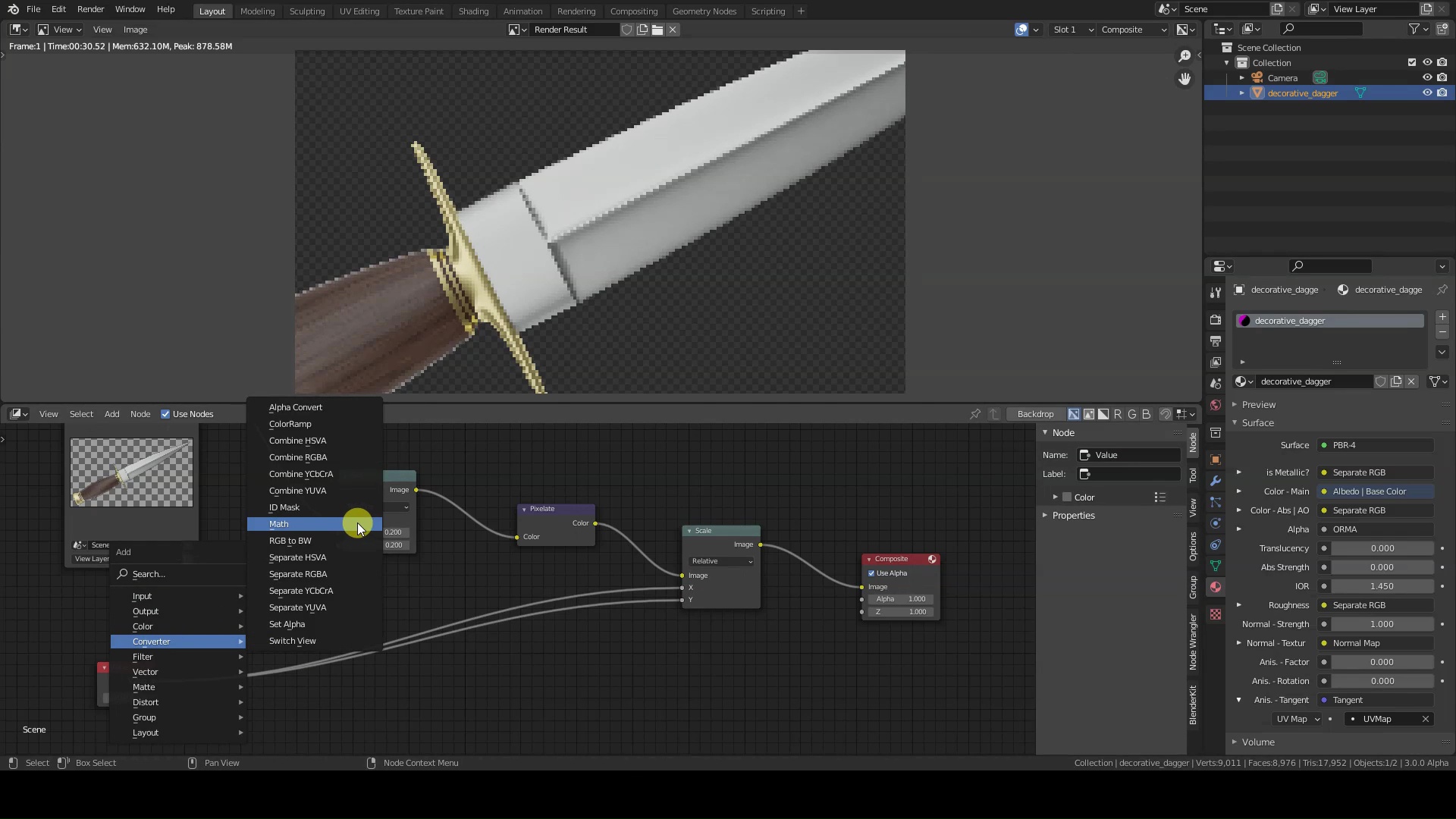 We set Divide as the Math mode, then type 1 in the first Value field.

We connect the Value node to the second Value field of Math.

Finally, we connect the output of Math to the X and Y inputs of the first Scale node. 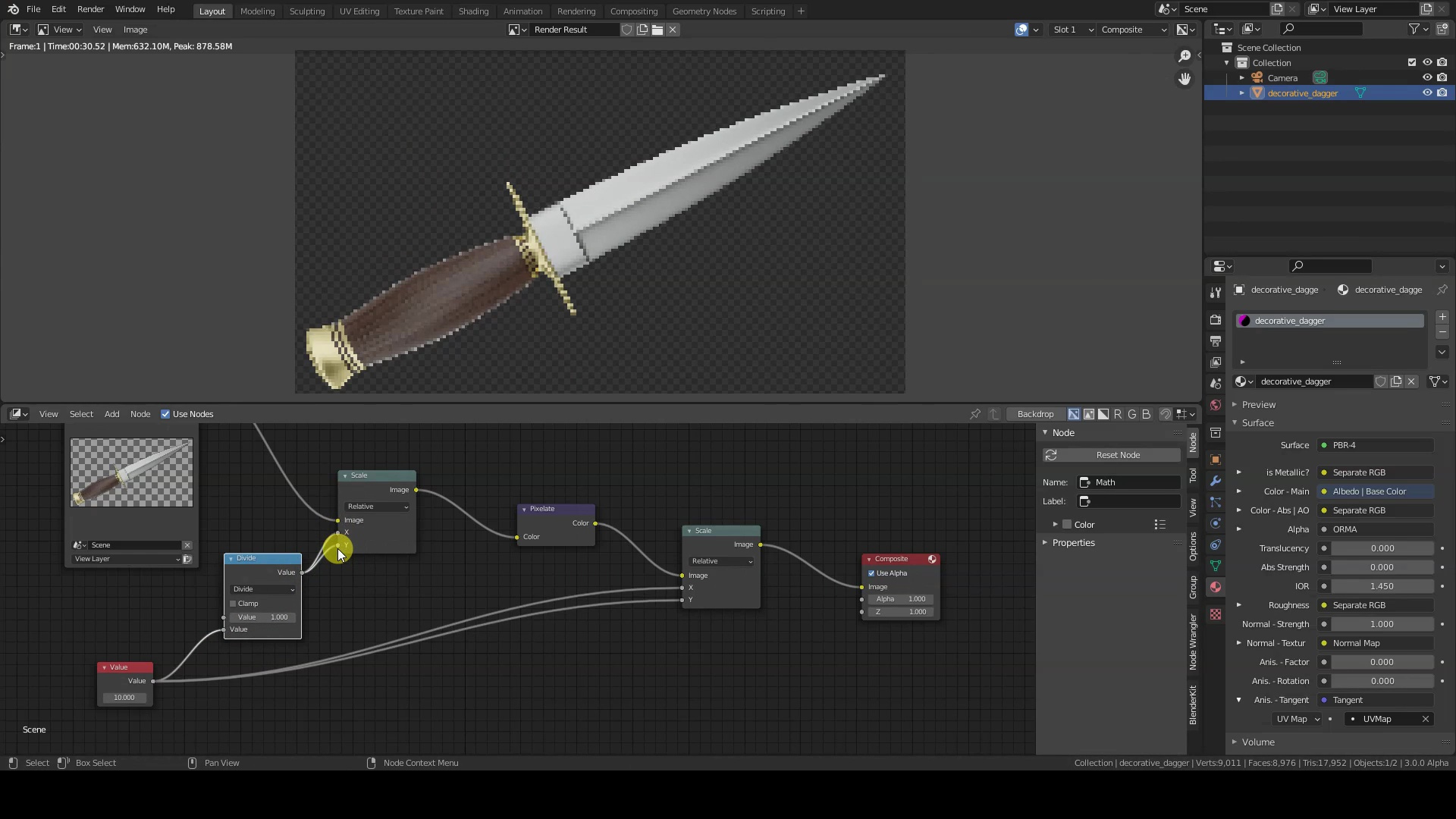 Now we can interactively modify the value of the Value node and observe how the rendered image changes in the Image Editor window. 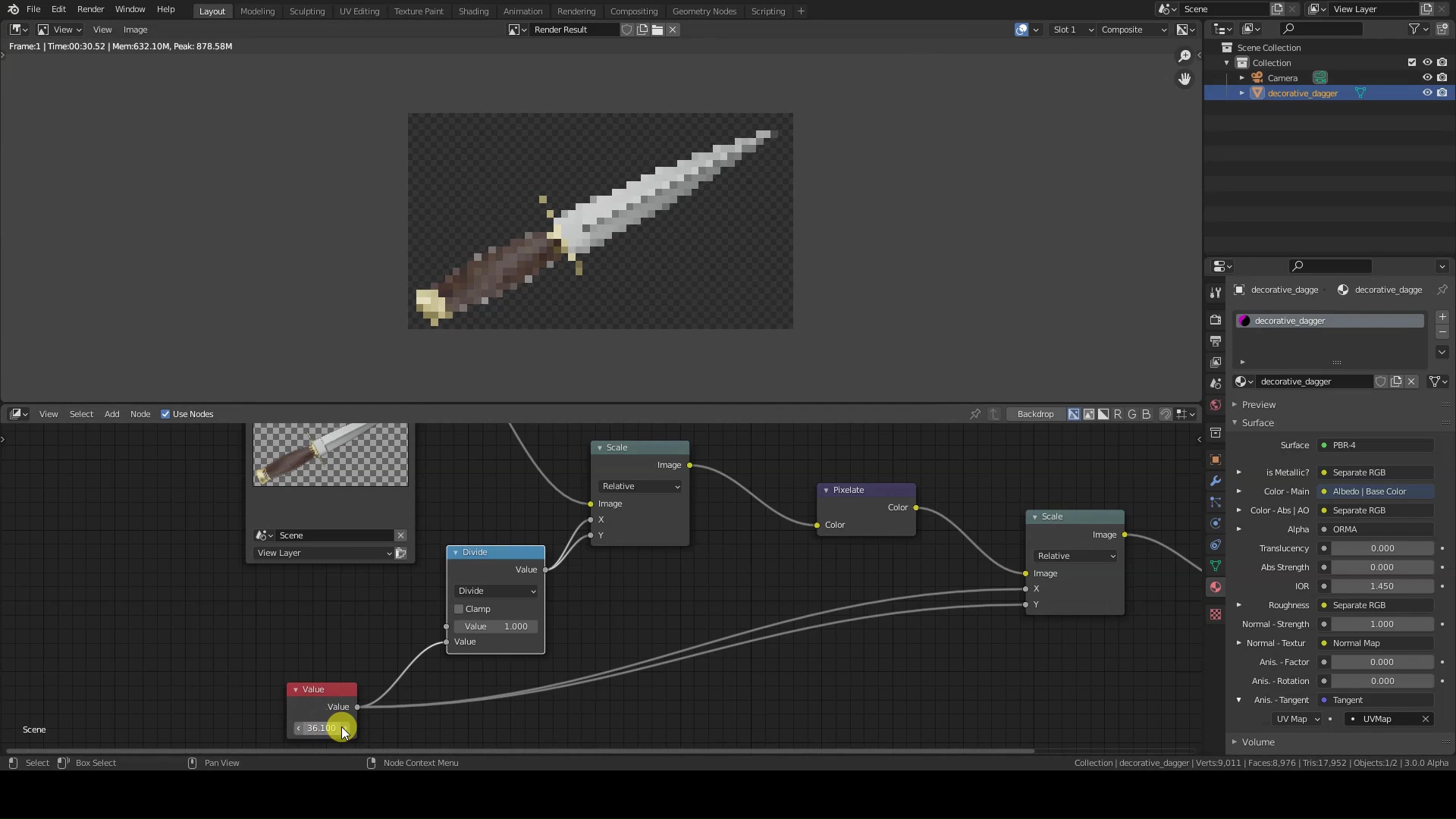 Before closing this tutorial, I want to give you a suggestion: instead of using a PBR Material with realistic Texture, try to use materials with a TOON Shader (which provides flatter, less nuanced colors) and, above all, do a lot of tests with traditional light sources (avoiding, if possible, global lighting), in order to obtain more interesting shaded areas. 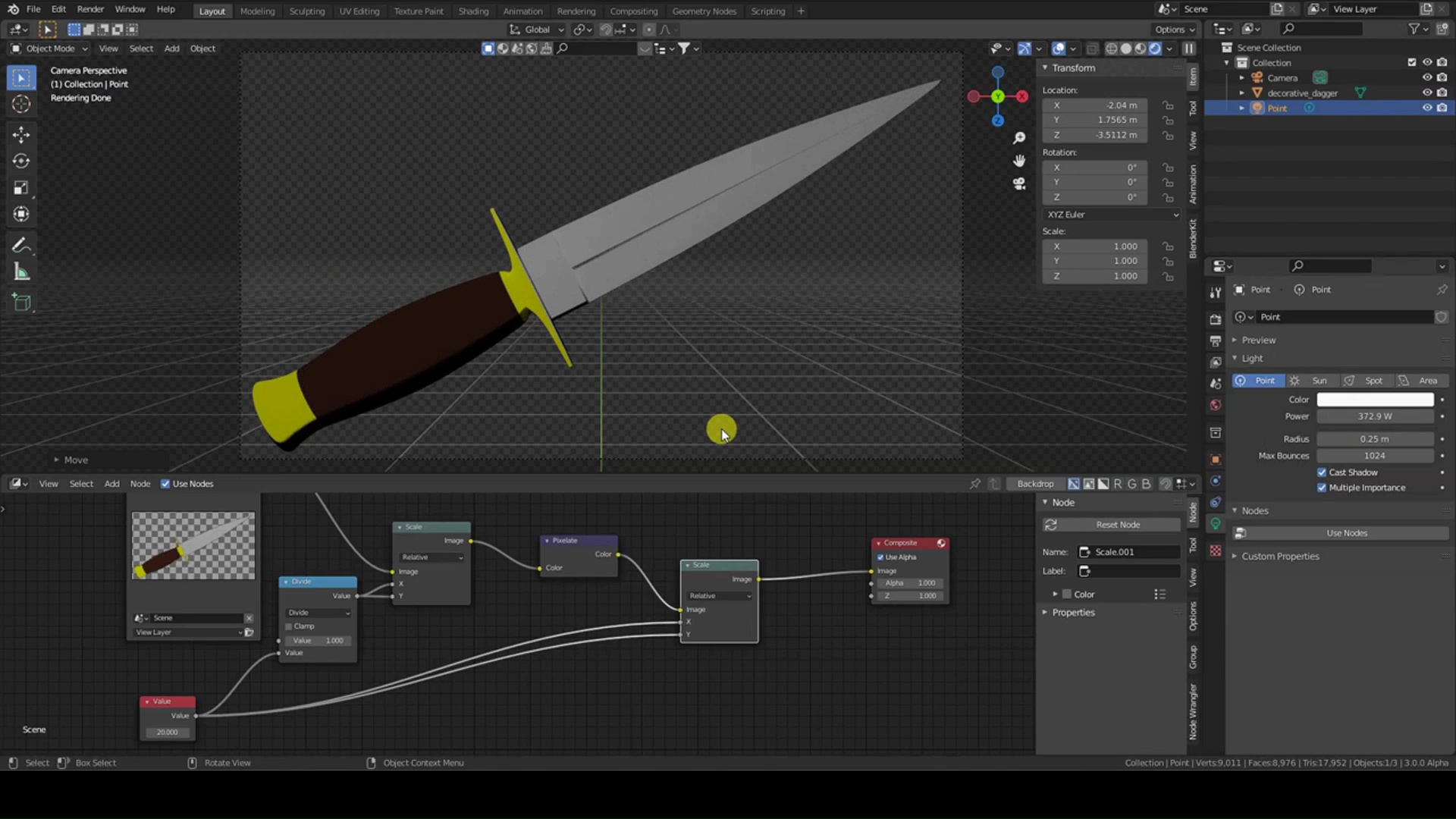 On video I am showing an example with the same object as before, but with the changes I have just described (both to the Materials and to the lighting of the scene). 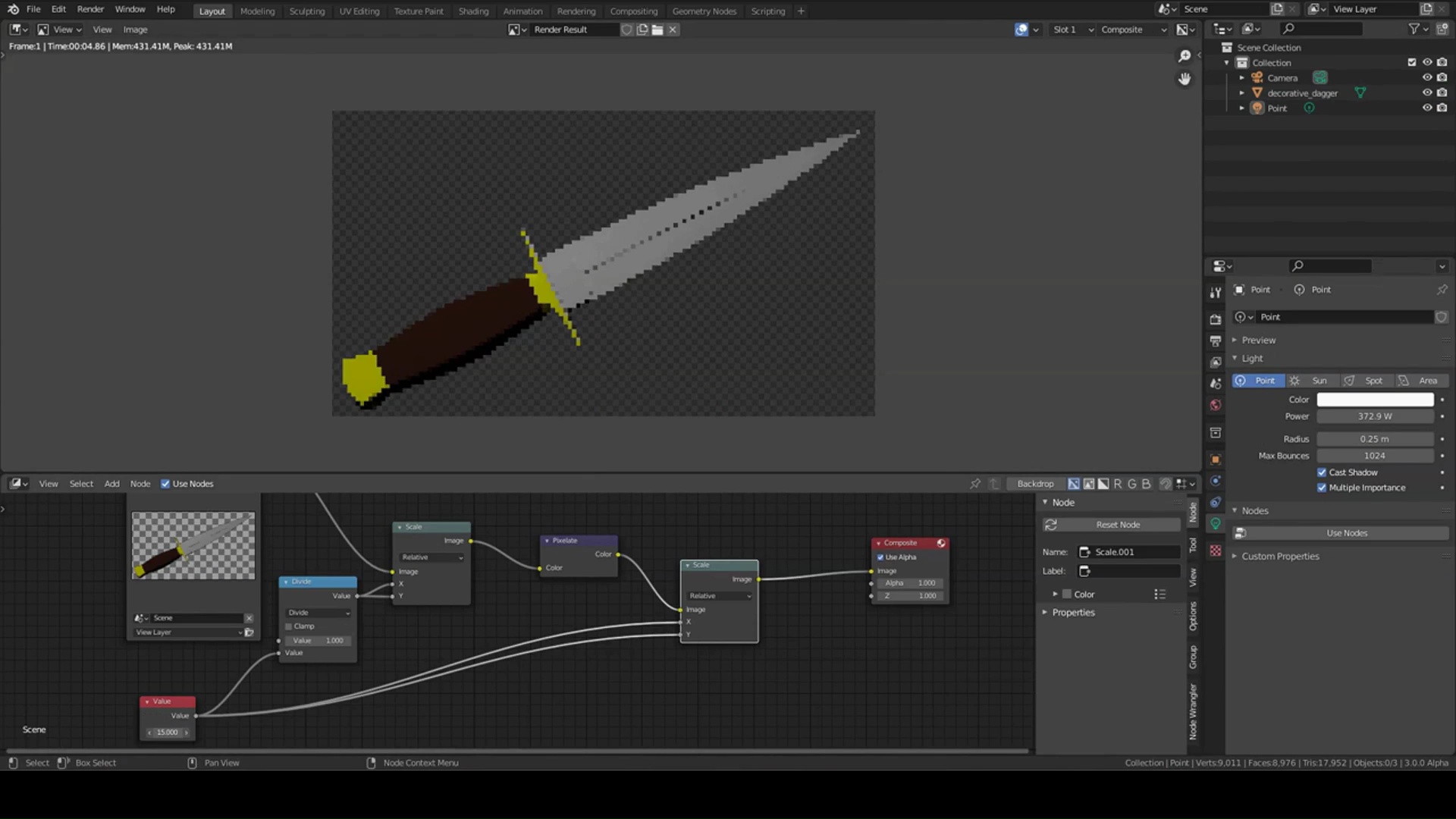 Well, that's all for this short tutorial! See you soon!

To keep yourself up-to-date on my activities, you can follow me on Sketchfab (3D models) or subscribe to my Youtube channel (videotutorials; don't forget to turn on the notifications!)